Born in Damascus, Yusuf Kabbara set off to Istanbul in 2013, where he had to learn a new language, settle in a new world, and find a job. Little did he know his experience would prove crucial in developing the “virtual tour guide” for Middle Eastern millennials.

‘’Yearly 35 million tourists travel to Turkey spending an average of 750 dollars each, creating a market worth 30 billion dollars,‘’ Says Yusuf Kabbara, giving us an insight on the travel industry in Turkey; a market he valiantly took on with his startup, Torever.

Kabara, a 30-year-old Syrian entrepreneur who left the warmth of his home in Damascus for the sake of a stable, war-free life in Istanbul, embarked on a journey to find a solution for the endlessly growing international tourism market, especially for the tech-savvy generation of millennial Arabs.

A graduate in computer science and Business Information Technology from University of Greenwich (UK), Kabbara chose Turkey as his destination in 2013 because he felt it was politically stable in terms of getting a visa. “In Turkey, you know what you owe and what they owe you; you get your residence and get treated like a citizen, not a migrant’’, explains Yusuf.

Despite he struggled finding a job because of the language barrier, Kabbara worked across in different sectors, from Telcos, to banks, holdings, universities and governmental projects. Moving between jobs, adapting to his new home and learning Turkish weren’t an easy ladder to climb; but 6 years through, he managed to master Turkish fluently, settled in a job as Network Security Specialist in international news channel TRT World, and earned a network of friends and supporters. “Turns out learning Turkish wasn’t that hard,  there are alot of common words between arabic and I like learning new languages’’, he says.

Over 50% of surveyed tourists said that planning the trip takes them more than 3 days. Our goal is to be the choice of millions of travellers, providing a timely and cost-efficient service.

It was, perhaps, his experience learning the language, and his awareness of the difficulties that come with it that inspired him to conceive Torever. While working a temporary job in the tourism sector, he noticed that there was a huge gap between the market need and the quality of services provided to fulfill travellers’ needs. Keeping it in the back of his mind, the problem was more prominent and provoking for him to think of a solution while working as a teacher. 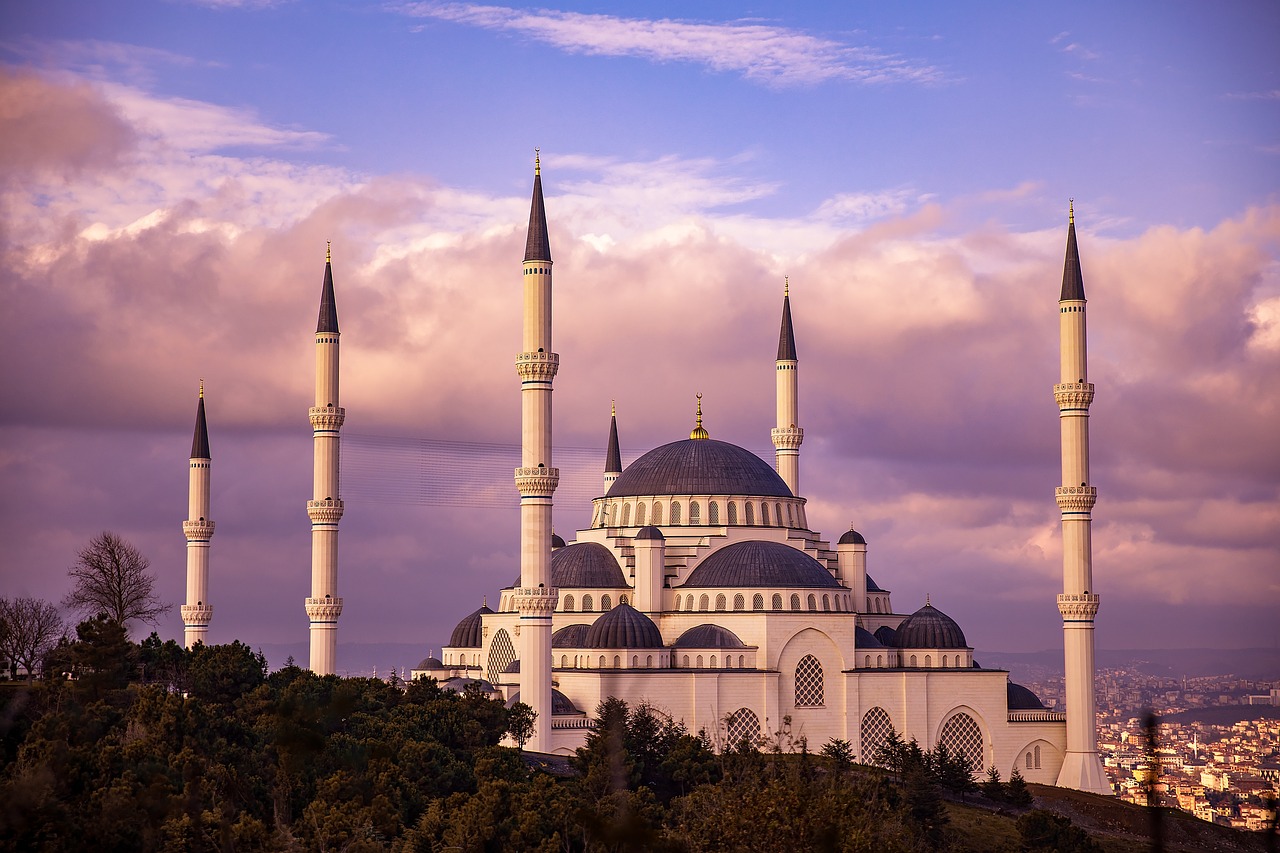 ‘’My students were from everywhere. My presence among so many foreigners made me realise there was a particular need, especially given the language barrier. They’d come to me and ask where should we go, what places and sights should we visit’’, he further elaborates.

‘’The info definitely exists online, but they are all over the place, not concentrated in one source, so going through those apps doesn’t give you a plan, and planning for the trip will still be time consuming,” he explains. The entrepreneur wanted to to enable them to travel on their own and have a tour planned without needing a travel agency or a guide, while providing a customized, cost and time-efficient plan.

He soon started working on his startup; Torever. In 2017, he set off to create the mobile application, conducting market surveys to validate the need. ‘’More than 50% of surveyed tourists said that planning the trip consumes more than 3 days, while using available online resources and various mobile apps’’, he explains.

His startup, Torever, provides travellers with a customized plan in a few minutes, offering an easy, user friendly planning tool that contains a database of available sites and dates of tours in each destination. Travellers just need to pick the dates and travel purpose, and the app generates multiple customized plans, automatically updating a daily schedule for the chosen package, which takes only a few minutes. ‘’Our goal is to be the choice of millions of travellers, to whom we provide timely and cost efficient service’’, he says.

‘’Pre-launch, was a very consuming month, but the joy I felt building and creating something in little amount of time was driving me forward,” he says. 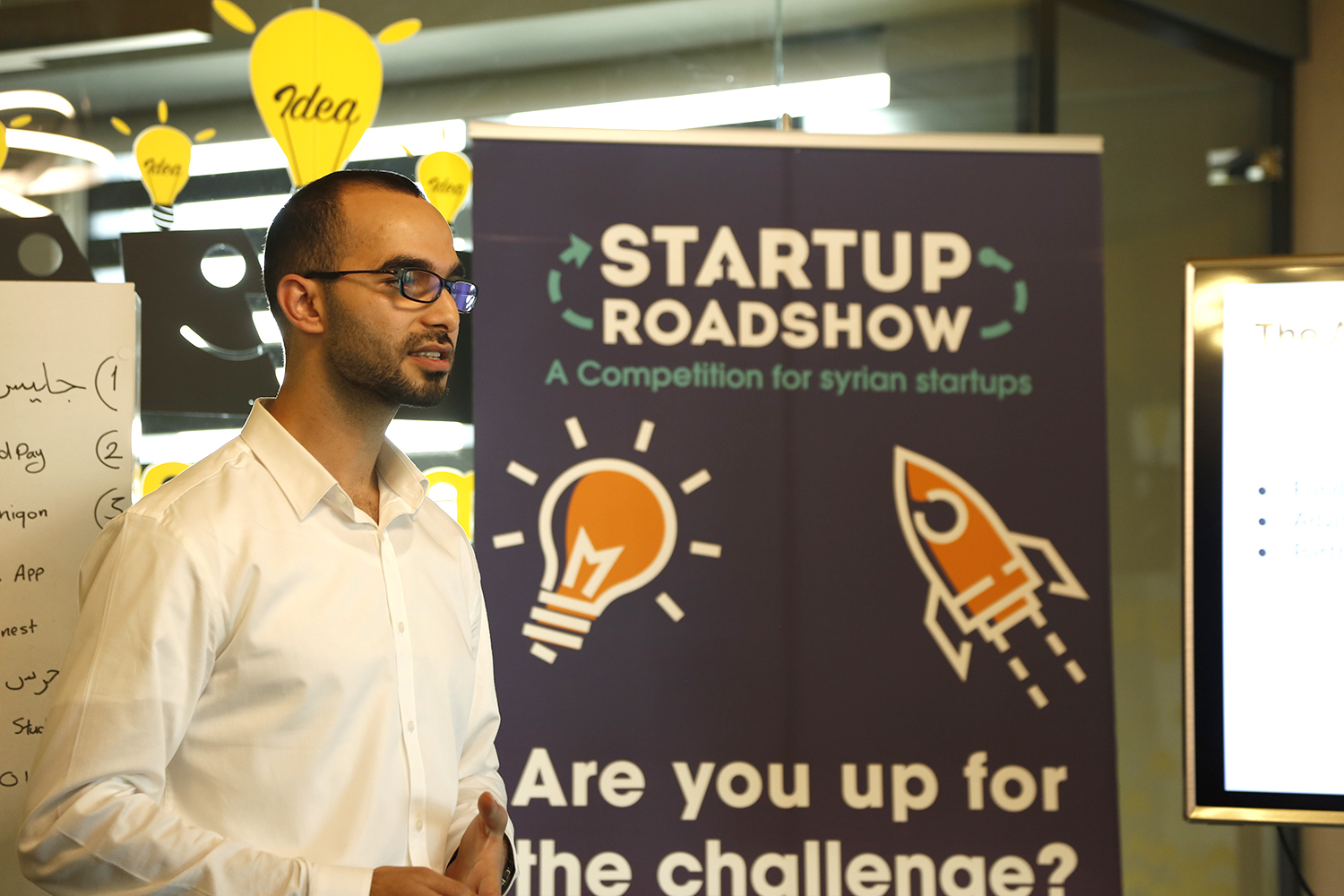 When starting the work mid 2017, he had to bootstrap, he couldn’t find a business partner, and lacked the network to establish a startup. Having to support his family, he couldn’t invest 100% of his time on the startup, so he worked on Torever as part time parallel to his day job.

He was later joined by a turkish team member, whom he met at a coding bootcamp organized by Re:coded, he began to take its tech to the next level, gathering. a team of 10 local volunteers who’ve been working on everything from the designs to the tiniest bits of details in the program’s content.

‘’It was practically impossible to do so much in such little time without their efforts, they work with love and super invested in the idea.’’, he tells us. Four months later, the first investment would come in: Kabbara scored a $10.000 angel investment, and now plans to crowdfund for further accelerate its growth.

Being a solo founder is tough, but when I decided to apply for the Roadshow competition, I was surprised by the amount of support by friends and colleagues.

But this isn’t his first startup; Kabbara’s entrepreneurial journey goes back to 2012, when he started ‘’Molly,’’ an early stage startup that made it to Oasis 500’s bootcamp in Beirut, before it had to terminate operations due to the unavailability of his co-founders.

Now, Torever is moving steadily on the road to success, having won several startup competitions. Last year, he was one of the finalists of Jusoor and Spark’s Startup Roadshow, having won at the early-stage category in Turkey. ‘’Being a solo founder is tough, but when I decided to apply for the Roadshow competition, I was surprised by the amount of support by friends and colleagues’’, explains Yusuf.

However, he couldn’t join the Amsterdam pitching finals due to Visa restrictions, presenting in Lebanon instead, where he won the People’s Choice Awards.

Facing visa problems as a migrant, he had the same obstacle for ‘’Fikra’’ competition in Abu Dhabi held by wamda, where they were qualified but couldn’t chase up the dream as he wasn’t granted a visa.

This year, the startup was selected to be part of a workshop called Google APMM, held at the ITU Çekirdek startup incubator.

‘’I envision within one year we’ll have our iOS version launched, covering most turkish cities and expanding in Arab countries,’’ Yusuf says, excited, as he unveils his plan to partner with hotels and  airlines to allow booking through the app. ‘’Partnerships will definitely give us a boost in the market and will make us more prominent’’, he asserts.

So what’s Yussuf’s advice for newcomer entrepreneurs? “Start early,” he says. “Don’t slack and waste time. As long as you believe in your idea, don’t let others frustrate you or make you give up on it’’, he stresses, while encouraging them to keep a support network along their entrepreneurial journey. ‘’When you start, you’ll have big dreams, not enough money, and not the greatest experience in running your business, so you’ll definitely need all the support you can have.’’