Saddam grew up in the Jerash refugee camp, in Jordan. It was from that unlikely setting that he embarked on an journey that took him to India and back to Jordan, to start a social enterprise.

In the 5th episode of the podcast, Saddam dives into the principle of ‘Value first, profit second’, discussing how to create a startup that is profitable, and has an impact mission.

Saddam’s story is one for the movies. Having grown up in the Jerash refugee camp in Jordan, Saddam met an archeologist who would change his life, giving him enough funds to support a trip overseas. But Saddam’s choice was nothing ordinary: he decided to go to India and volunteer with underprivileged children.

“There, I realized that my suffering was not the greatest; I realized how lucky people in the camp are. They just need to realize that,” he says, anticipating his return to his home land – and his refugee camp – to create a social startup that is innovating the way we think about youth empowerment.

“There, I realized that my suffering was not the greatest; I realized how lucky people in the camp are. They just need to realize that,”

On the fifth episode of Startups Without Borders show podcast, Saddam narrates this life-changing journey, as he recalls the inception of  I learn, the social startup that is helping youth take control of their future.

Growing up in a refugee camp

Saddam grew up as an orphan a refugee camp in Jerash, an area known for its archeological ruins in Jordan. Called Souf Refugee Camp, the area is home to more than 20,000 Palestinians, who fled the West Bank and the Gaza Strip during the 1967 Arab-Israeli war. It was there, in that contrasting reality where tourism meets those displaced by conflict, that Saddam had his first job: he was a young boy selling tea and coffee to tourists. 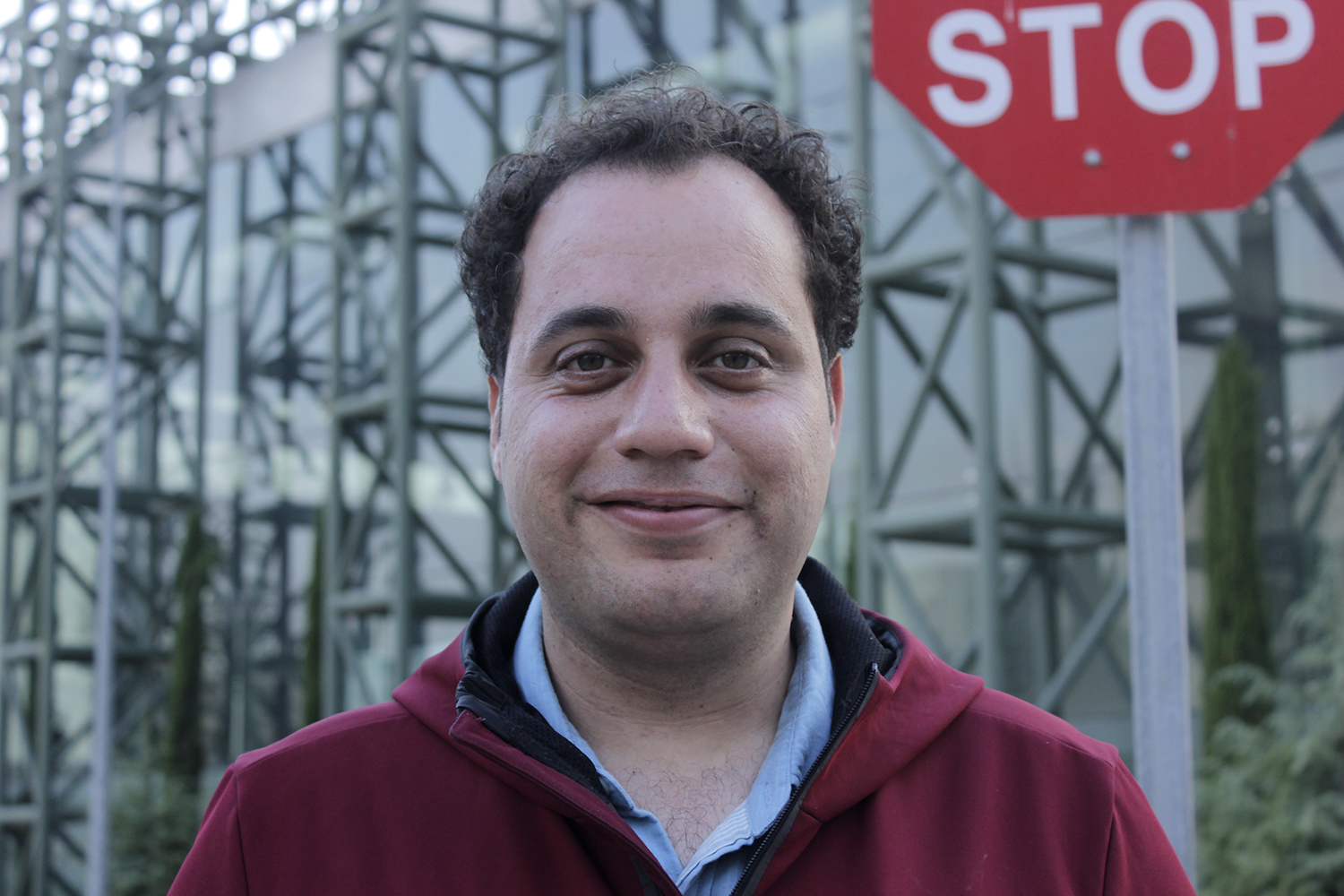 “The only subject in school I was interested in was English, so that was a perfect job,” he laughs, recalling the moment he met an archeologist who would change his life. “He told me: Saddam, I want you to teach me Arabic, and I’ll make your English better. So I started selling coffee to him, sitting for an hour or two every day, or throwing words at each other. When he left Jordan, he left me some money, and that would get my life started, he recalls.

For the following year and a half, Saddam volunteered at a rescue mission for disadvantaged children. “These were children with deadly diseases, children who were mutilated or didn’t have a place to sleep; I was 18 at the time,” he recalls.

“What I really learned there was that my suffering was not the greatest. We all think our suffering is the greatest until we have something to compare it with. I realized how lucky I was, and how lucky people in the camp are. They just need to realize that.”

That’s when the entrepreneurial spark ignited within him. Once he found his way back to Jordan, he began working as a barista and started I Learn in 2012, in the very an orphanage where Saddam had spent most of his time as a child. “I was once one of them; but the difference is that I broke away from the vicious cycle, so we started an academic support program.”

The entrepreneurial mindset and the refugee camp

According to Saddam, there are two aspects that make refugee camps different from a small town: the first one is the mindset. “They live in instability and don’t know when they will return to their homeland. It is the mindset that everything is temporary, so they don’t take long-term decisions,” he says. 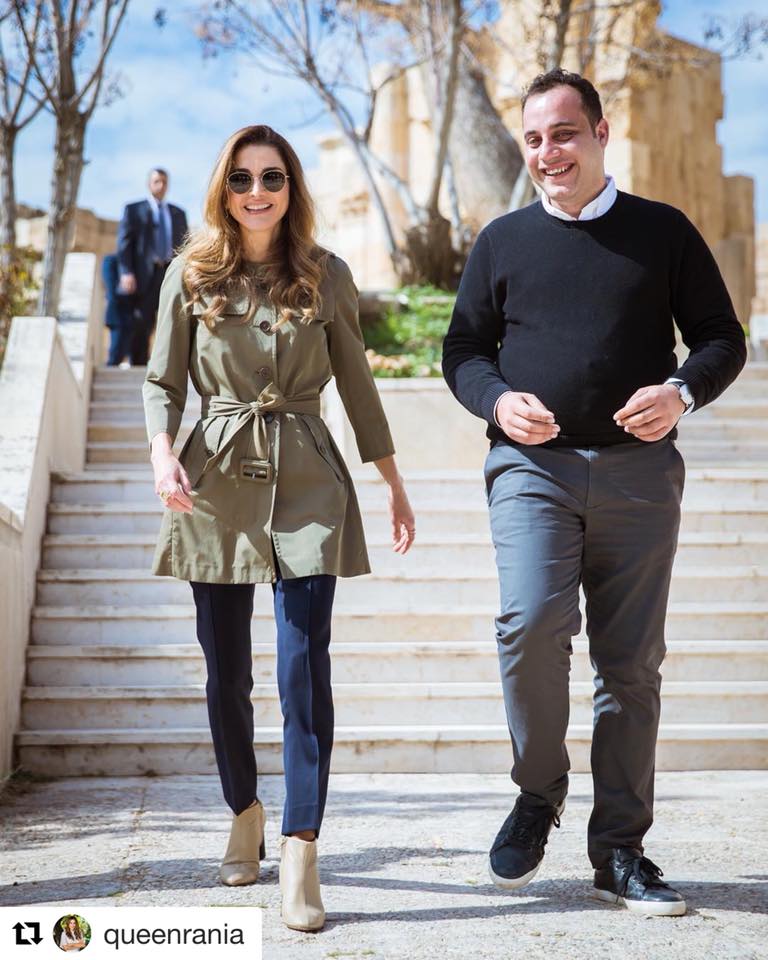 In 2018, Saddam received Jordan’s Queen, Rania Al-Abdullah, in an official visit to I Learn,

The second aspect is the marginalization of refugee camps, “in the sense of infrastructure, opportunities, and the difficult environment they live in.” Besides, the absence of law because these camps are small communities, which means that people hide things just for the sake of protecting one another.”

Sayyaleh believes that living in a refugee camp or within communities with difficult circumstances and many threats, made him live in a “911 mode” in his head: wherever you go and wherever you look, you always watch your back and you always look for opportunities.

“I grew up with this 911 mindset and it’s still stuck with me up until now.”

“I grew up with this 911 mindset and still stuck with me up until now,” he continues. He noticed that there are opportunities outside the camp, and he looked for ways to bring them in. “There is also the political and economic situation which taught me a lot of things at such an early age in my life, and taught me entrepreneurial skills, but you don’t recognize such skills until you put them in a jar,” Sayyaleh explains.

For him, this jar was ‘I Learn’ enterprise where he put all his skills and decided to invest his knowledge. “I didn’t have money, I didn’t have a social status. The only thing I had to invest was myself, my knowledge, my skills; that 911 I grew up with,” he says.

What is I Learn?

The project started as an academic support program that works in the informal education side with very little funds, creating a social impact model that can easily be replicated anywhere in the world at a very low budget. “I didn’t have this perception and knowledge when I started ‘I Learn’, but I learned all these concepts such as sustainability, impact, and model, through my journey,” Sayyaleh tells.

“I didn’t have this perception and knowledge when I started ‘I Learn’, but I learned all these concepts such as sustainability, impact, and model, through my journey.”

‘I Learn’ began to create a community by bringing teachers, university students and children in  misused public spaces, turning them into ‘spaces for Knowledge’. “We created a pipeline of a network of private and public sectors, entrepreneurs and startups and we asked them to give training for youth to have better opportunities for employment,” he describes.

“In ‘I Learn’ I don’t believe that working with children we can fix the problem, I rather think we need to work in a holistic approach to create a mechanism and disrupt the rule of today’s community,” Sayyaleh explains.

The principle is simple: gathering all actors under one roof and giving them incentives and resources that make them feel like one community with one purpose. Once that mechanism starts to work, this space starts to become the norm. “So the community will demand it and maintain it through putting more resources in it. This helps sustain our model which helps us enter new communities,” he continues. 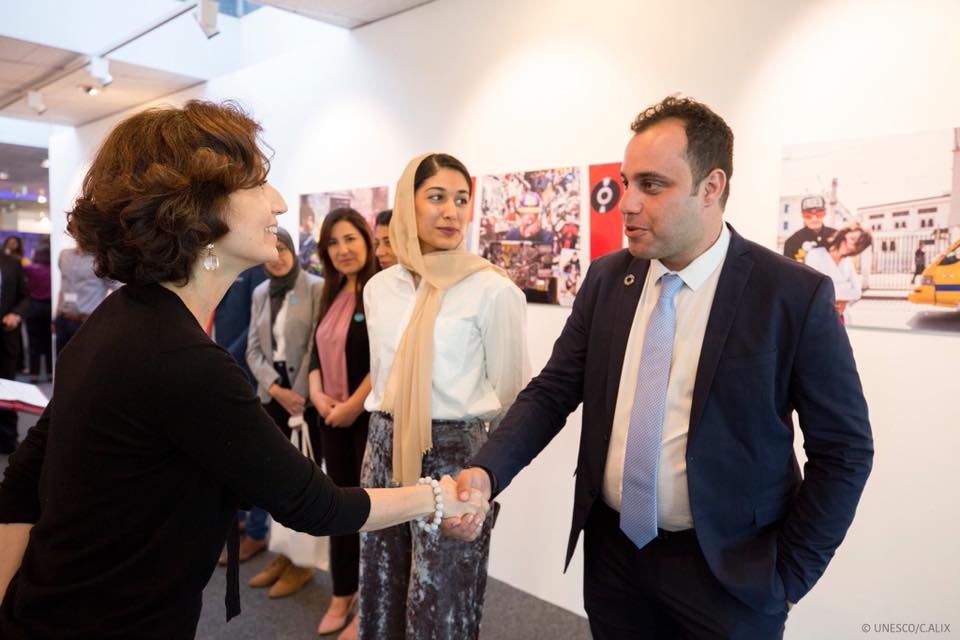 Saddam was invited by UNESCO’s Headquarters in Paris, for the launch of their Project ‘Preventing Violent Extremism through Youth in Jordan, Libya, Morocco and Tunisia’.

‘I Learn’ has since 2012, leveraged 8 spaces, and built a mechanism to run the program and give the people mentorship. They’re able now to document the processes they use in every area they work in, create content that helps them scale to new communities, even abroad.

Making a profit from “I Learn”

In the MENA region, where is this difficulty running a social enterprise, it is easier to label it either an NGO or a company. The ’I Learn’ model runs on a mixture of both: they create content to provide for private schools, which pay for it as activities. “We provide a demanded content, especially as we are a trusted source. We also have our CSR program that we organize with the private sector, such as the micro-fund for women in Jordan,” he explains.

The ’I Learn’ model runs on a mixture of business and non-profits: they create content to provide for private schools, which pay for it as activities.

“Next year, we hope to use our fund to create a business development department; social enterprises are tough models, we have many elements and you need to maintain free education and free resources for the people we serve,” he says.

“In Jordan, we don’t really have impact investors but we have philanthropists and I hope this changes with time as the ecosystem in Jordan is growing,” Saddam says. Unfortunately, social entrepreneurship is not very much on the investors’ agenda; however, there is another way to collaborate with startups.

“When you’re a fintech startup, you need to work with people who are digitally literate and know how to use apps and do transactions. Through the investment with ‘I Learn’ programs, these startups can access these communities as we need to add value to these people by educating them on how to use technology and help make their lives easier. So this is one example where we make startups work with us,” Sayyaleh explains it. 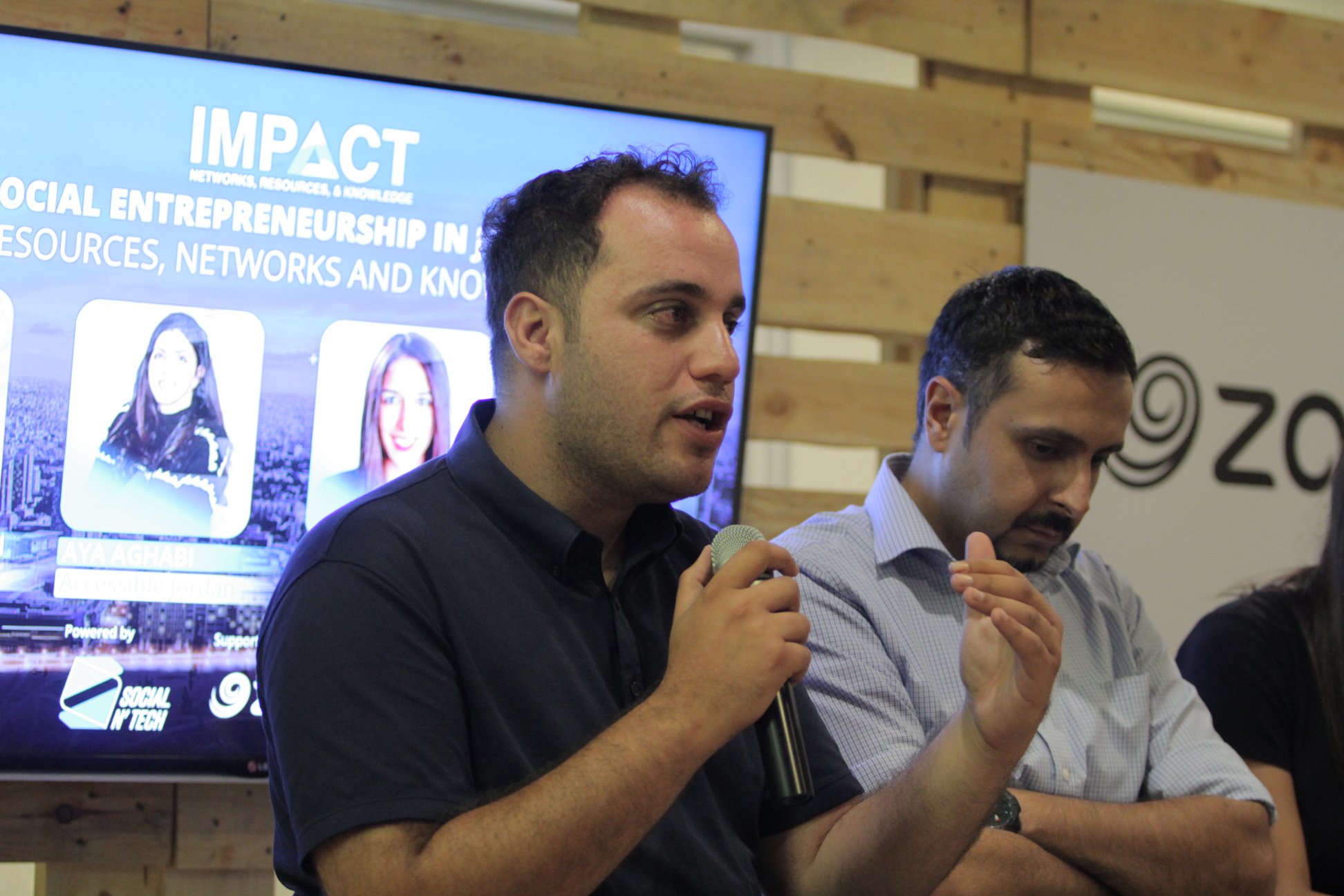 Saddam speaking at the ImpACT conference in Amman.

Brands invest millions to create trust with the people, but by working with social companies, which already have the trust established, they can invest thousands instead of millions, for example. “We can develop a partnership mindset instead of re-inventing the wheel,” he adds.

“Whenever I feel down or pressured, I go to one of the spaces where we work and spend time with some of the volunteers, talk and play cards. This is how I get energy for the rest of the month, I believe in what I do more than before. They are my engine that keeps my energy high,” he says.

Listen to the full episode on the Startups Without Borders podcast, on Spotify, Apple Podcasts, Soundcloud, Google podcasts, Castbox and Spreaker.