Syrian-led Health-tech startup Spermly won the first prize at the Startup Roadshow 2.0 Final Demo Day on November 4th, which was held in Amman, Jordan. The Gaziantep-based startup, which has created a Computer-Aided Semen Analysis (CASA) software for quality analysis, took home a cash prize of $15.000.

“Winning the Startup Roadshow makes me feel energised and encouraged to pursue my entrepreneurial ambitions. Hopefully, this will be the first step towards a successful journey for this startup. The next steps are utilising this award to reach out to early adopters, both at local and neighbouring markets, before seeking international investors to scale up with biotech machine learning applications,” says Abdulrahman Baki, founder of Spermly. 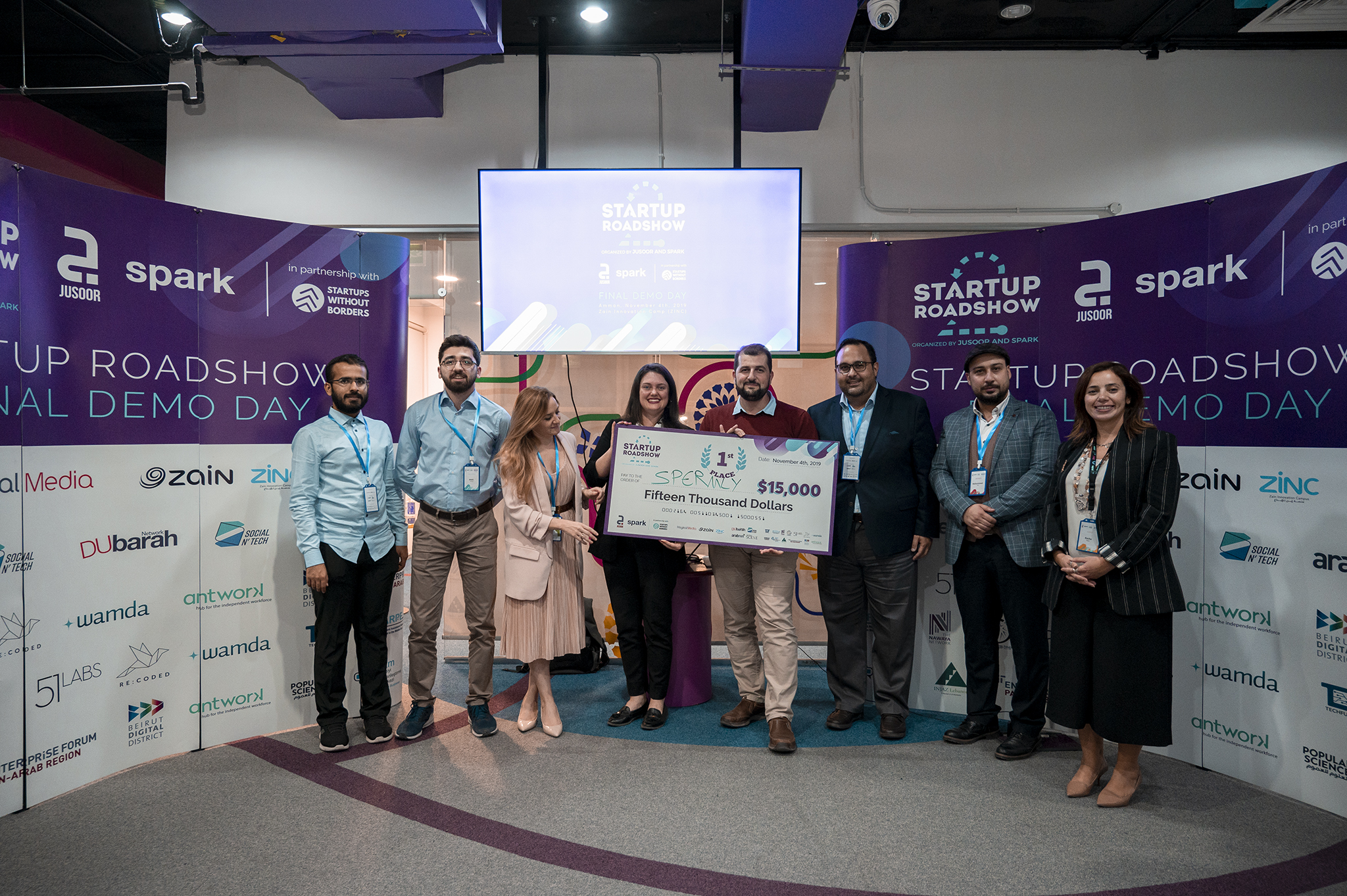 Medicine Box, an Amman-based startup that creates a Medicine Bank for vulnerable people to access healthcare at half the price, won the second prize, worth $10.000. Finally, Jellyfish, a social enterprise based in Lebanon that creates accessories out of recycled plastic, took home the third prize, worth $7.000.

The three winners will also get an all-expense-paid trip to Amsterdam, to pitch at SPARK’s Ignite conference on November 27th. Therapist House, an Educational Startup based in Gaziantep, won the People’s Choice Awards through live voting during the event, taking home a cash prize of $2.000.

The Startup Roadshow is the world’s first competition for Syrian entrepreneurs in the Middle East. Organized by Jusoor and SPARK in partnership with Startups Without Borders, the competition took on the mission to scout and train startup teams in 5 key cities in the Middle East: Beirut, Amman, Erbil, İstanbul, and Gaziantep, in search for the region’s top 3 Syrian-led startups and future business leaders.

“Seeing all the entrepreneurs from Syrian, Palestine, Jordan, Lebanon, and all different communities in the bootcamp, their positivity and their energy and their commitment to make the world a better place. The Startup Roadshow demo day was not meant to be a single event, but a starting point for the work that must be done to empower Syrian entrepreneurs across the Middle East and the world.” says Grace Atkinson, Executive Director of Jusoor. 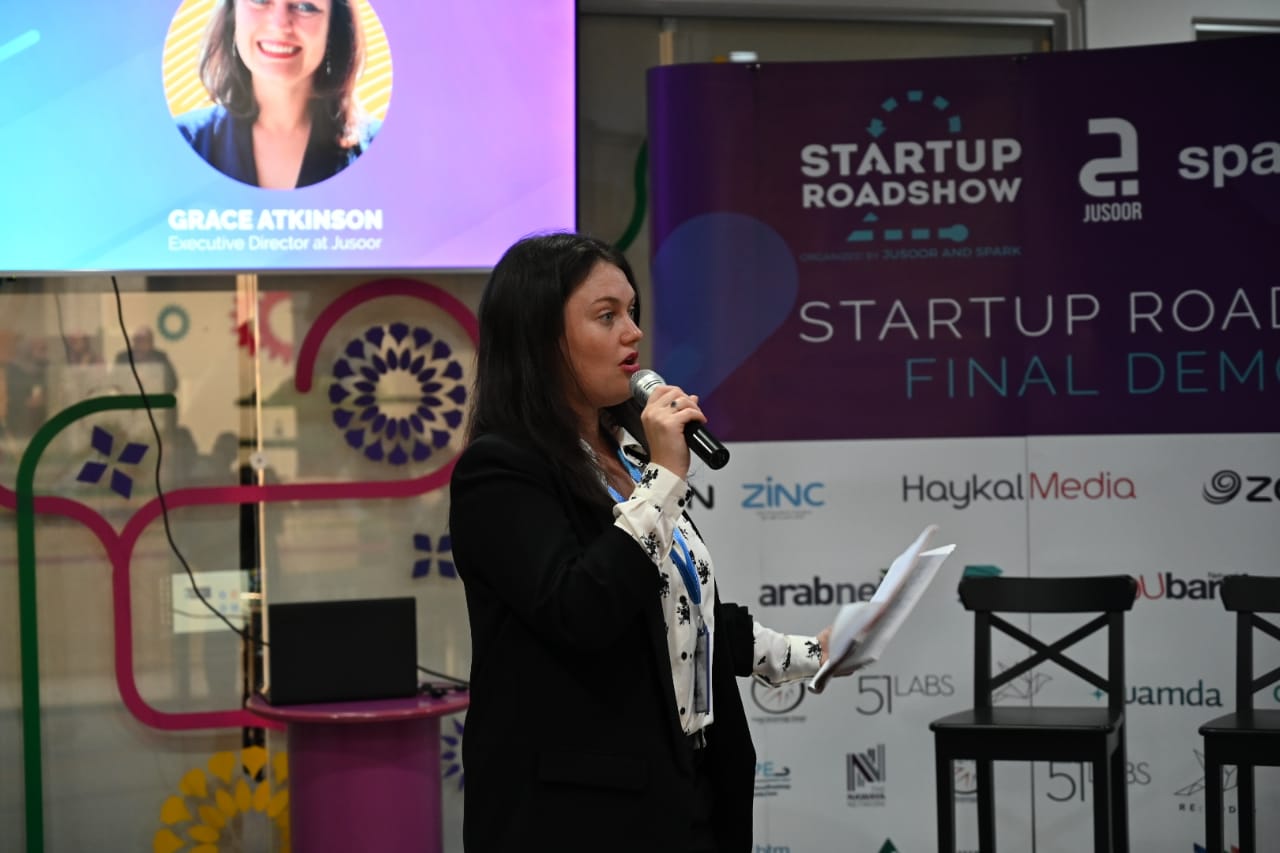 First launched in 2018, the competition this year extended beyond the Bootcamps, through a partnership with Techstars to host a series of Startup Weekend Refugee Edition, across the five cities. The competition also included a series of live digital mentorship sessions on a variety of topics, including Business Modelling, Digital Marketing, and Storytelling for startups.

“We’re happy to wrap up a long journey for a group of Syrian entrepreneurs from the region, who went through a series of training, capacity building, competitions, startup weekend, and came up with their business models. The competition was very hard, to the point that they made it hard for us judges, to decide. The winners really deserved it; the progress was visible. We can’t wait to receive them in Amsterdam at the Ignite Conference,” says Mohamed Skaik, SPARK’s Regional Business Development Manager for MENA.

The Final Demo Day was held at the Zain Innovation Campus (ZINC), in Amman’s Business Park, and hosted a series of talks and panels by key players in the Middle Eastern startup space.

The event kicked off with a session led by Patrick Bosteels, CEO of Stage-Co Turkey, on what success looks like for a startup: from incubators, to funding, to accelerators.

“The Startup Roadshow 2 by Jusoor and Spark supported by Startups Without Borders shows again the importance of solidarity and collaboration we need in our region; perhaps more importantly, it is a message of hope and the way out of sometimes endless years of waiting to finally settle and build a future. We have a long way to go but we must ensure that not a whole generation is lost,” says Patrick Bosteels, CEO of Stage-Co Turkey. 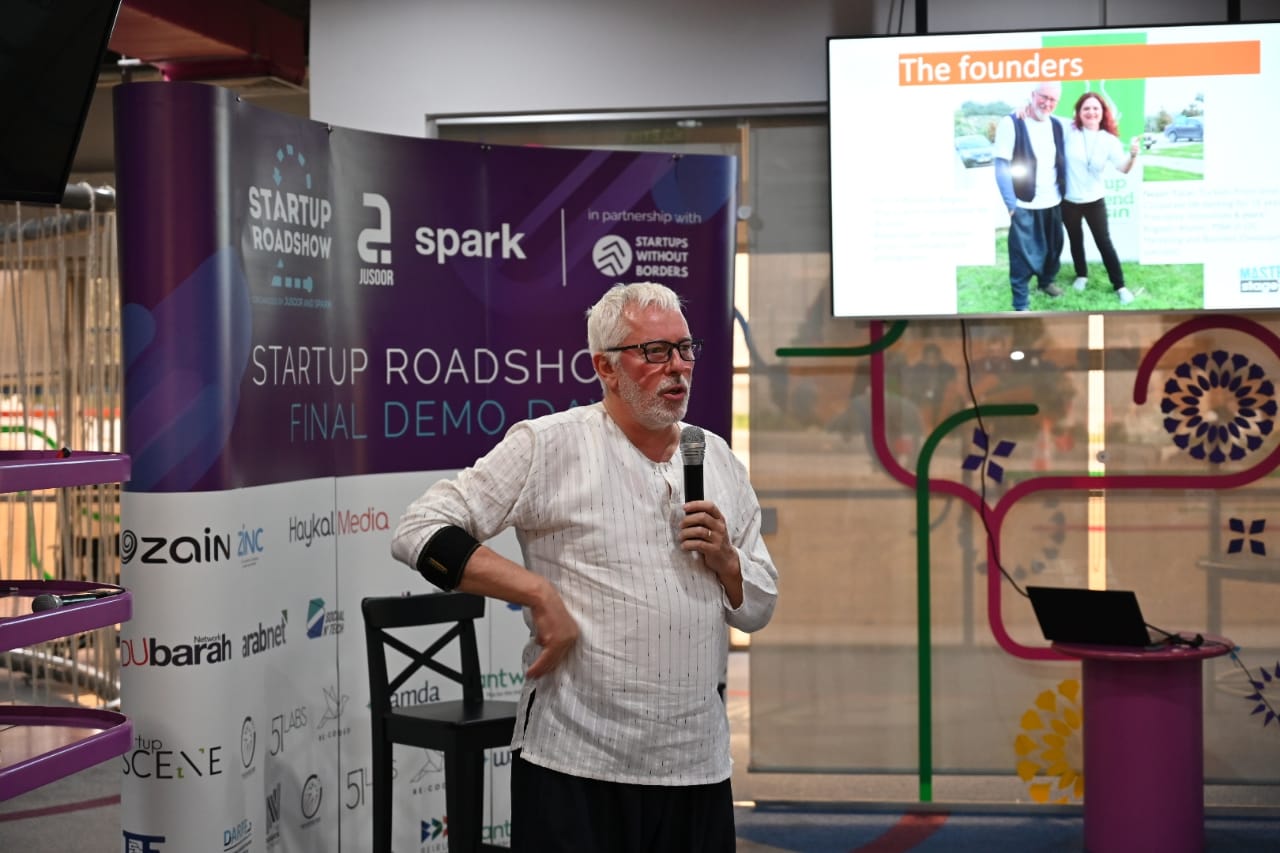 Khaled ElAhmad, Marketing Director at Baaz and one of the most prominent figures in digital marketing, delved into his journey building Digital Identity, leading up to a panel on Impact Investment and refugee-lens investing, which featured Khaleel Najjar, Senior Program Manager at Mercy Corps’ Youth Impact Lab, Rasha Manna, SDG Impact Advisor at UNDP, and Jusoor’s Executive Director Grace Atkinson, and Feras Alsaab, Director of Technical Education at Re:Coded.

Saleem Najjar, the Syrian mastermind behind Sharqi Shop  – who was one of the winners of the Startup Roadshow 2018 – took on the stage for a fireside chat alongside Ali Hili, Entrepreneurship Consultant at Zain Iraq, to narrate his journey and offer hands-on advice to entrepreneurs that flew all the way from Beirut, Istanbul, Gaziantep, and Erbil, to pitch on stage.

The three winning teams will now take off to The Netherlands, where they will present their startups on stage during SPARK’s Annual Ignite conference on November 27th.