In the 8th Episode of the Startups Without Borders Podcast, we’re bringing you the motivational panel held at the #SWBSummit, where adventurous entrepreneurs Omar Samra and Omar Nour sit with media mogul Amy Mowafi to talk about taking risks, overcoming fears, and dreaming dreams bigger than life.

In the rollercoaster that is starting a company, how do you confront fear? Is there such a thing as fearlessness? Today, we’re bringing you the most anticipated panel held at the Startups Without Borders summit: “Entrepreneurship is survival.”

Lights went off in the auditorium. People were silent. Then, suddenly on the screen, flashing images of a seastorm anticipated the trailer of “Beyond the Raging Sea,” the documentary that tells the dramatic story of two Egyptian adventures, Omar Samra and Omar Nour, as they set off on a mission to row across the Atlantic Ocean and capsize after nine days.

The challenge, known as “the world’s toughest row,” involves rowing through 3,000 nautical miles, unsupported, from La Gomera in the Spanish Canary Islands to Antigua. As they set off on the journey, the entrepreneurs teamed up with UNHCR to raise awareness on the refugee crisis. What they didn’t know was that only nine days later they would face the same dangers, terrors, and decisions refugees face as their boat capsized and failed to self-right. 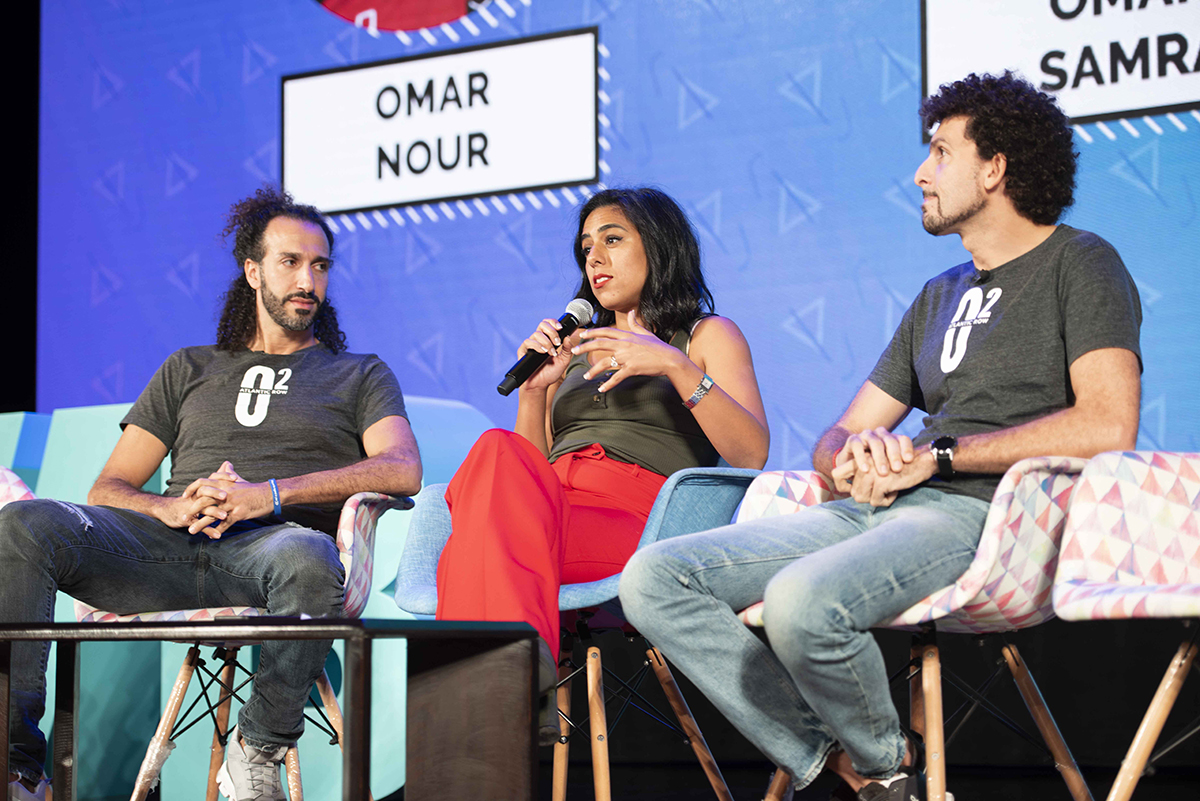 Just as the film trailer finishes, the two entrepreneurs come on stage alongside Amy Mowafi, a media powerhouse known for being one of the fearless risk takers and innovators in the Middle East, and the founder of Mo4 Network – who had also interviewed them right before they set off on the great challenge.

“A lot of of the character traits that you embody, and the traits it takes to summit a seemingly impossible mountain, or to become an Olympic Triathlete at an age most people have retired, are many of the traits we are told we must embody to be successful entrepreneurs,” Mowafi began, attempting to crack the code through their stories about what it takes to achieve the seemingly impossible. How did they confront fear? Are they fearless? What does it take to face something terrifying and jump in anyway?

“Courage is not the absence of fear; it’s the idea of having the fear and being able to go with the task nonetheless,” Samra begins, narrating the 13 hours they spent fighting for survival after the boat capsized.

“It was very clear when we first capsized that we had no idea how to survive. And in business and in life, you t  know what the answer is, you don’t know where the result is, but you just have to keep putting one step in front of the other.”

“I have to admit that I was afraid, even terrified at some points. But for us it was very clear that we had to control the fear. Because if we had it take over we would be forced into a state of no action. And we very quickly realized after the first hour that if we didn’t try to quickly better our situation, we would eventually perish. It was very clear when we first capsized that we had no idea how to survive. And in business and in life, you t  know what the answer is, you don’t know where the result is, but you just have to keep putting one step in front of the other,” he says. 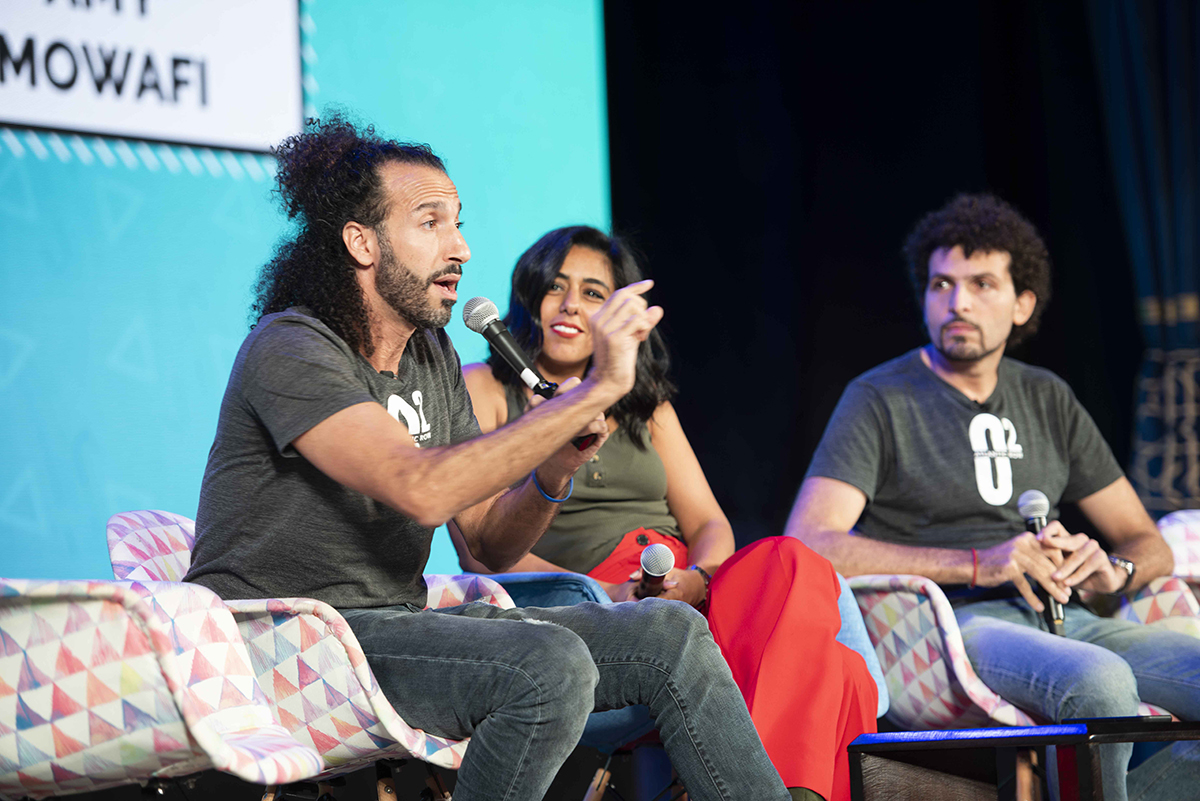 “There is no such thing as fearlessness,” Nour adds. “Fear is fuel. Without fear, you can’t do much. You have to respect the magnitude of whatever it is you are about to do. As a professional triathlete,  in the morning of a race, and even 9 years into my career, you better believe the night before you don’t sleep so well. You better believe you get butterflies in the morning. Because that keeps you sharp. That keeps you ready. And that fear of failure is also important, because it motivates you. In business it’s the same thing. If your dreams don’t scare you, you are not dreaming big enough.”

“Fear is fuel. Without fear, you can’t do much. You have to respect the magnitude of whatever it is you are about to do.”

“Fear is something that lives in the brain,” Samra continues. “It’s there to keep you safe, to jump out in a situation and get you out when it is not safe. As entrepreneurs, we can think, we can do the business plan, we can do anything; our brain will get us just to the edge of the cliff, but it will never allow us to jump. So in order to be able to take that leap of faith, you have to depend on something else other than your brain. Most athletes, or people that inspired me, have always lead from the heart, from a place of love, that love is important for them to be able to make a difference. That passion is really important.” 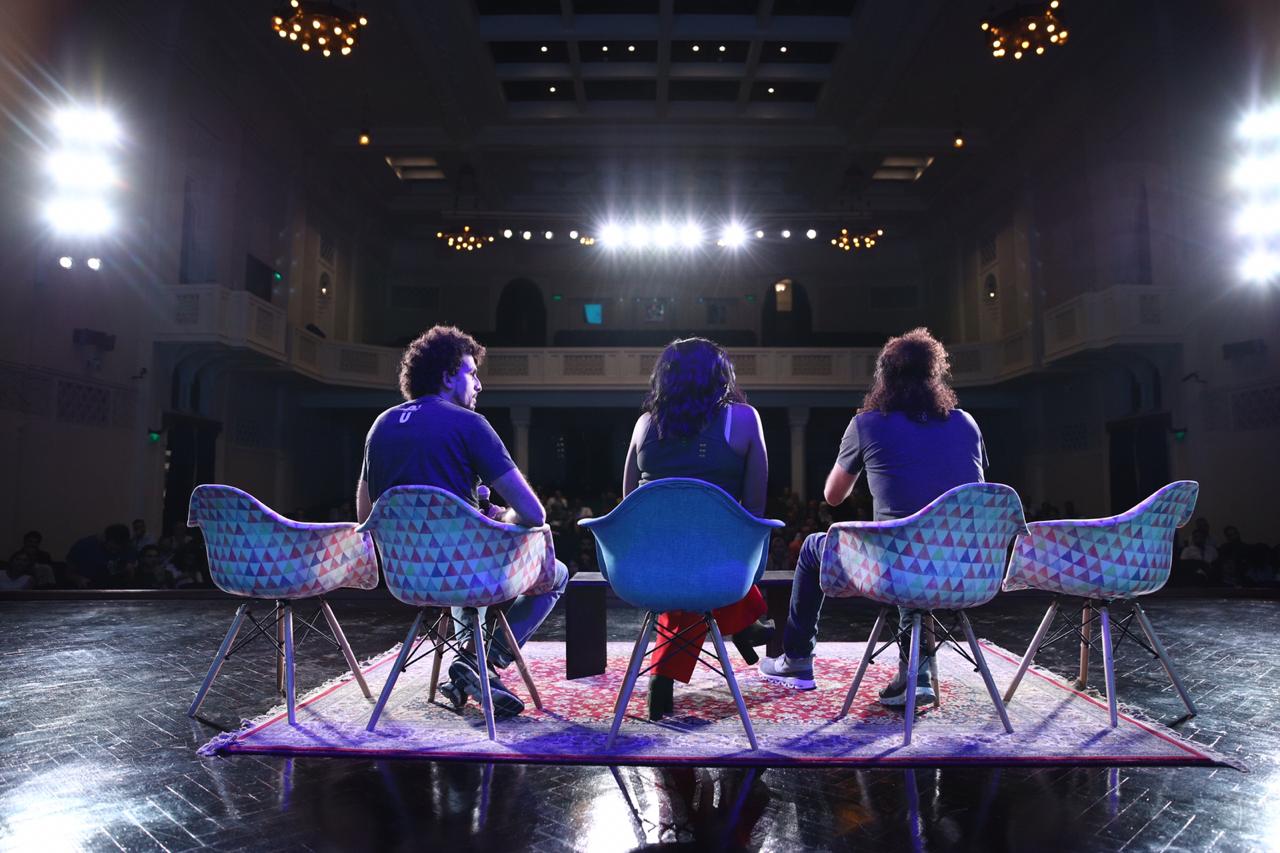 “The biggest crusher of dreams isn’t failure. It’s the fear of failure. In my 20s I started a whole bunch of startups, and out of 10, about 8 failed miserably. When you are on the startup journey, it’s like walking on the edge of a very, very steep cliff. And you are looking down, and you are like: ‘this is the highest I’ve ever been. If I fall, I’m done.’ You are afraid, but you have to keep moving forward. You have to constantly be afraid,” says Nour.

“Fear is uncomfortable, we don’t like it. But the second you are comfortable, you are not growing.”

Samra points out the cultural implications of failure in the Middle East. “In our part of the world, people don’t want to hear to failure stories,” he says. “In the US, as a startup culture, people who fail are put on a pedestal. Their stories of failure are some of the most revered stories out there, because the ability to fail and go back requires much more tenacity and belief in yourself than to continue to success.” 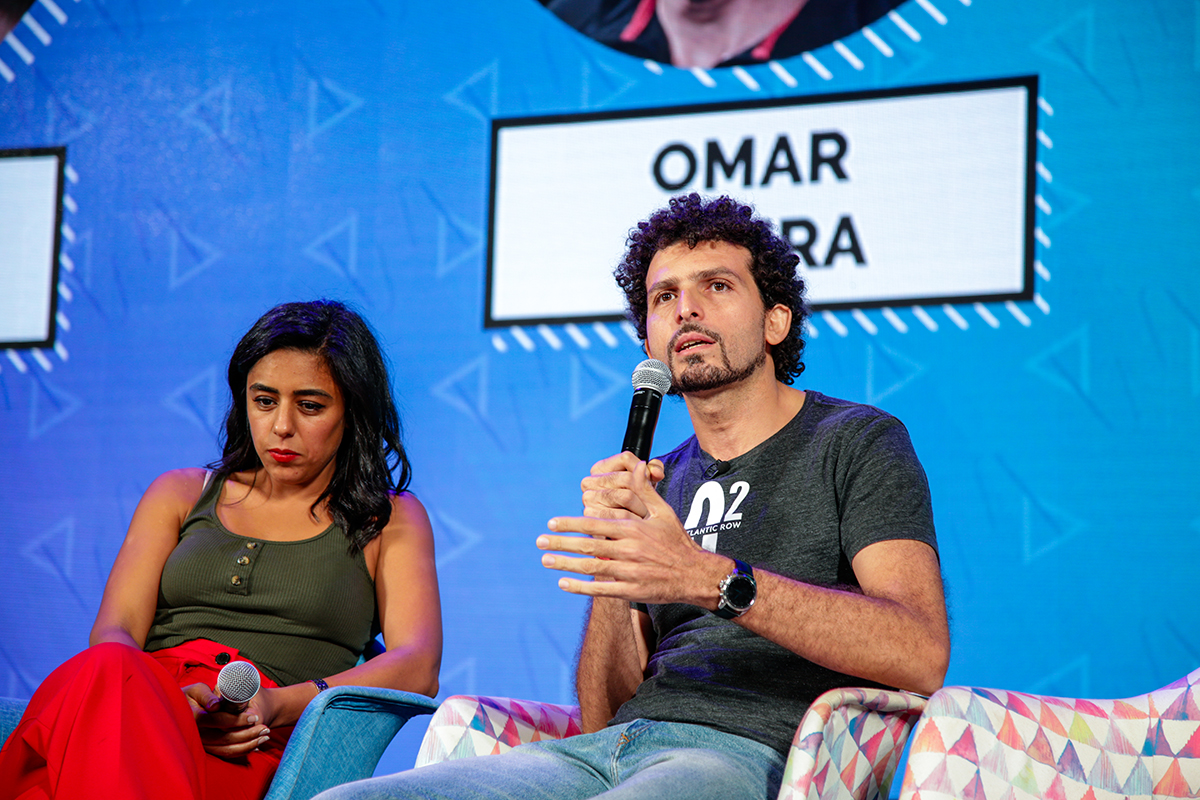 Often times, we are not afraid to fail, but rather to fail publicly; we are afraid of people’s opinion, and what naysayers will have to say. As he narrates his journey towards becoming a professional athlete, Nour talks about naysayers.

“You never allow naysayers to control your vision,” he says. “You have to believe in your dream without any doubt. And if there is a naysayer, you cut them out. I lost a lot of friends over this. I didn’t make it to the Olympic games, but it doesn’t really matter. Because when you put your 100%, when what you are doing day in and day out is 100% pure passion, even if you don’t reach the goal, that journey and that experience along the way becomes so much more valuable.”

Listen to the full episode on the Startups Without Borders podcast, on Spotify, Apple Podcasts, Castbox, Spreaker.

Photos by Startups Without Borders, MO4 Network and DO Studios.