This week on the podcast, we talk about impact investing with the experts. Listen to this panel held at the Startups Without Borders Sumit, where investors and impact strategists discuss refugee-lens investing and 5 concepts you should get familiar with.

Last November, we teamed up with UNDP’s Innovation Lab to bring to topic to the forefront of the agenda at the Startups Without Borders Summit. In this panel, we bring together Tim Docking, Managing Director of the Refugee Investment Fund (RIN), Hazami Barmada, founder of the Humanity Lab, Nisreen Haddad, a partner at the SDGs Growth fund in Jordan, and Valentina Primo, founder of Startups Without Borders.

“I think systems are broken in a heavy way,” says Hazami Barmada kicking off the panel, whose experience in the international development environment gave her a “realistic” approach.

The impact sector has seen rapid growth in recent years, with the impact investment market reaching $22 billion in 2017. But what defines an impactful startup? What makes startups attractive for impact investors? And more importantly, how do they measure that impact? In order to bring some clarity, here’s 5 key concepts mentioned by the panelists that you should know: 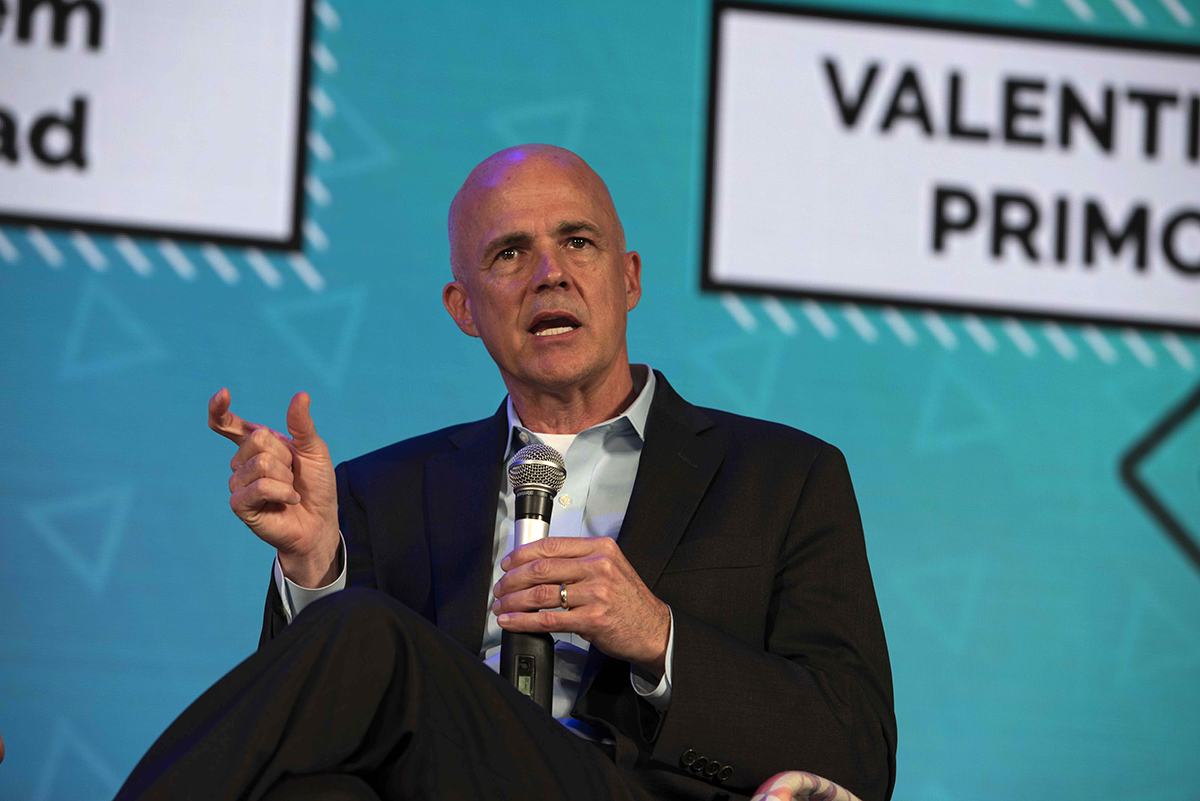 “Impact investing takes the traditional concept of return and risk and adds a third, which is impact,” says Tim Docking, General Manager of the Refugee Investment Network (RIN).

“Impact investing takes the traditional concept of return and risk and adds a third, which is impact.”

Docking exemplifies the rising trends in the area of climate change, where impact bonds “have been really á la mode” in North America and Europe. “As the field has evolved, other themes have forward, like gender-lens investing and refugee-lens investing, which RIN has come out with,” he adds.

“Impact investments are investments that achieve financial returns for investors and also impact,” explains Nisreen Haddad, a partner at the SDGs Growth fund in Jordan with 17 Asset Management.

“The “Refugee Lens,” developed by the RIN, is an investing framework that helps answer the question: what is a refugee investment? This tool provides investors with a lens to qualify prospective deals as refugee investments. The criteria it follows to consider an investment is companies that are refugee-owned, refugee-led, or refugee-supporting.
“We’ve laid it down as a lens through which to view and investment, which is more than the risk and the reward; it’s the impact associated with that investment as well,” says Docking.

Docking explains that RIN is not a fund itself, but rather has a role of intermediary between capital and impact on the displacement crisis. 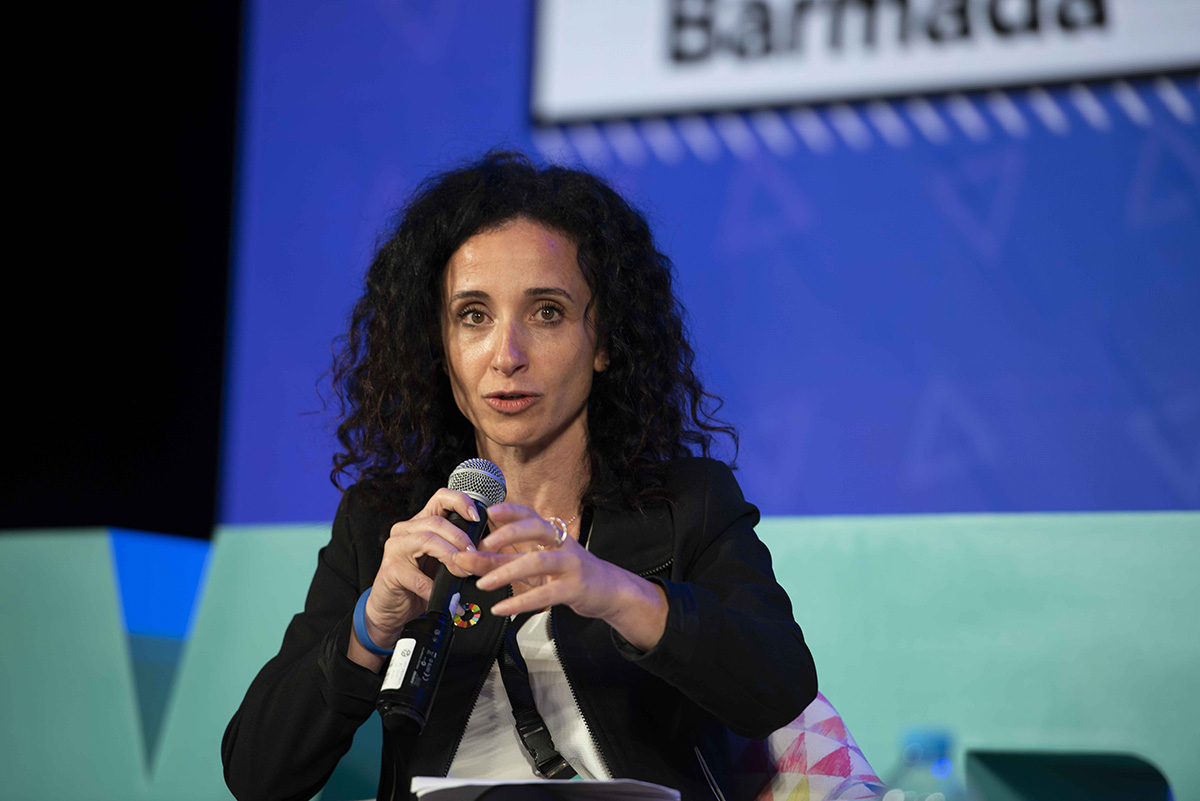 Nisreen Haddad, partner at the SDGs Growth fund in Jordan

A term that was mentioned across the panel as one of the guiding principles for impact is SDGs: the Sustainable Development Goals. Hazami Barmada explains it: “There’s something called the Millenium Development Goals (MDG), which faced out a few years ago, and were created as a benchmark for what global development needs to look like. The MDG process was perceived as relatively unsuccessful – but it was also a non-inclusive process,” she says.

“The sustainable development goals are 17 goals that world leaders and communities around the world have contributed to co-create.”

“So the sustainable development goals are 17 goals that world leaders and communities around the world have contributed to co-create. They were launched in 2016 at the United Nations General Assembly, with the goal of uniting the world in helping think about how can we achieve progress on societal issues.” 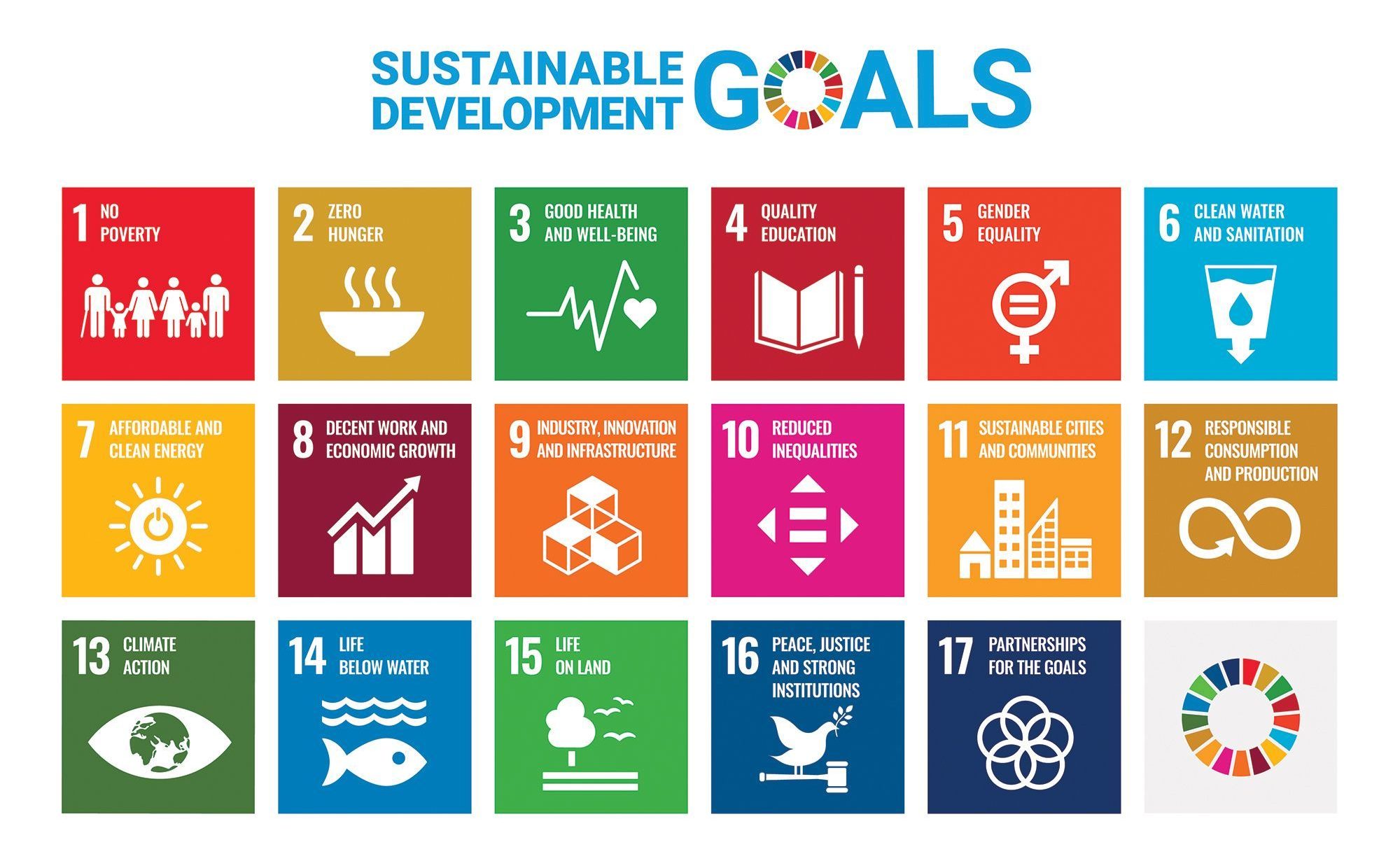 Nisreen Haddad is one of the investors who is utilizing the SDG framework to channel investments towards social businesses.

“A year ago, the UN country team invited us to come up with a strategy to stimulate global investments into SDG-advancing opportunities. They found that Jordan is prime for investments: it’s a open economy, its geographic space, it’s infrastructure; basically, it’s home for numerous SGD-aligned sectors like tourism, education and health-care, and has a highly educated population, yet with a high unemployment rate,” explains Haddad.

After a year of research and engagement with local stakeholders, her team held an ecosystem mapping, followed by a fund to support businesses focused on social impact.

“It’s a $100-million blended finance SME investment vehicle, which focuses on two SDG: Decent work and economic growth. “It will generate sustainable job opportunities for women, refugees and youth. We are very intentional about it; we will be measuring the impact and linking them to the KPIs (Key Performance Indicators),” she explains.

The panel on Impact Investment at the Startups Without Borders Summit.

The RIN not only focuses on impact investing but also blended finance. But what does that mean? Docking explains: “The notion of blending finance means blending capital structures to de-risk investment,”  he explains.

“What we are trying to do is to bring the private sector to bare on some of these massive problems that no government or international organization can tackle on their own.”

“What we are trying to do is to bring the private sector to bare on some of these massive problems that no government or international organization can tackle on their own. With regards to refugees, the UNHCR’s deficit last year alone was approaching $6 billion, just for dealing with basic needs” he adds.

Dockings add that this means bringing together development finance corporations and investments, such the World Bank’s IFC, as that will tolerate a lesser return, blended with traditional investments. 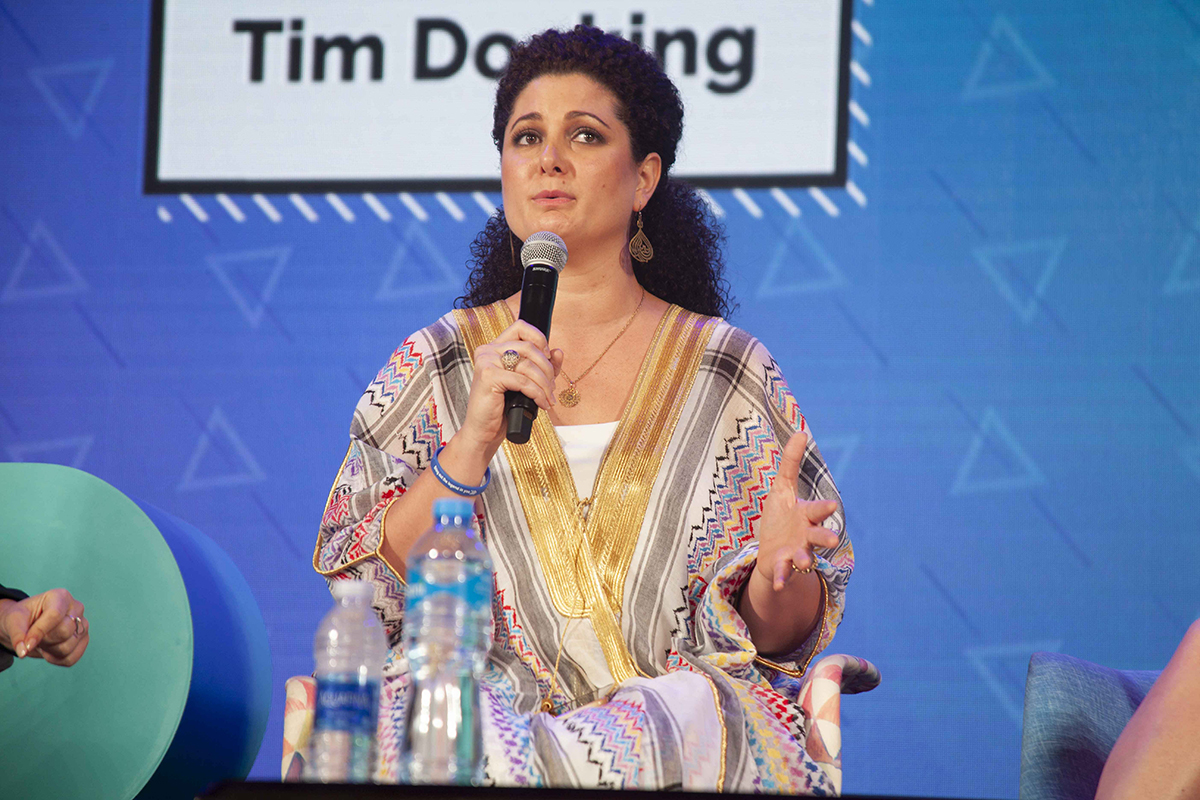 Hazami Barmada, founder of the Humanity Lab and the Global People’s Summit.

One of the most critical voices at the panel, Barmada pointed out the need to invest into systems change. “There’s tons of money being spent – are they making as much impact?” she considers. “If you look at the dollars being spent and you look at where we are as a humanity, there is a massive breakdown.”

“The challenge with traditional investment is that there is a clear structure. You take someone along your impact journey, which is what investors often need. But the reality is, most of the world’s murkiest problems exist in the grey spaces where no donor is going to say ‘yes, I’m going to invest into the unknown! I don’t know if I will get my money back’. That’s where there is a murkiness in the Middle East between philanthropy and CSR because no one is talking to that complexity as clearly as we should be.”

“If you look at the dollars being spent and you look at where we are as a humanity, there is a massive breakdown.”

Let’s delve into these two concepts. Corporate social responsibility (CSR) is a self-regulating business model that helps a company be socially accountable—to itself, its stakeholders, and the public.

Over the past decades, CSR has grown to become a significant player in the philanthropy market, with companies around the world increasingly devoting funds, employees and time to causes they believe in.

In terms of philanthropy, for the past years private foundations have been playing an increasingly prominent role, not only in the scale of their giving but also in their ability to set the agenda in international development. Only in the USA, $427.71 billion were given charity in 2018, according to Giving USA 2019: The Annual Report on Philanthropy for the Year 2018.

In the Middle East, the philanthropy sector is huge, as Muslims are expected to give 2.5% of their income to charity (zakat) every year. In GCC countries, the annual philanthropic capital of 100 of the largest family businesses  is estimated at a minimum of $7 billion, according to a report by PWC’s Strategy&.

Get more insights and listen to the episode on Spreaker, Apple Podcasts, Spotify, Google Podcasts, Castbox, and iHeart Radio.