In episode 16 of the #SWBPodcast, we have an intimate conversation with Tey El-Rjula, a man who turned his lack of opportunity a into the blockchain startup Tykn, which eventually raised €1.2 million.

This is the second episode of the #SWBPodcast season 3. In it, Tey El-Rjula who went on to author the acclaimed book “The Invisible Son”, tells his story of loss to reclaiming a narrative and identity, not only for him, but for millions around the world, through a blockchain startup.

Even though Tey was born abroad and has always lived and worked in a country other than his own, he describes a lifetime of limited mobility as a Syrian national, much before the war in his homeland broke out. His journey as a refugee began while stranded in the Netherlands, unable to travel to Syria, or elsewhere for that matter, and as a result applied for asylum through legal channels.

Millennials in the Middle East have had the misfortune of being a generation of contemporaries to several wars; The Gulf War, and the Lebanese Civil War, in addition to the ones raging post Arab Spring. In one way or another, in this podcast, Tey describes how each of these conflicts left a mark on his identity – or rather, lack thereof. He tells the story, in great detail, of how shelling destroyed something most people take for granted; his birth certificate. Forward to today, the loss of this vital document had echoed all the way to a point where he describes a scene of receiving a speeding ticket and having to exclaim “I was born in La La Land” to the Dutch police officer issuing it after being asked about the place of birth column on his current ID simply reading: unknown.

Often migrant and refugee children end up in situations similar to Tey’s in terms of paperwork and identity papers. He points out how that not only makes them fall through the cracks of access to basics like healthcare and mobility, but could often lead to many of them being left vulnerable to fates of child labor and even human trafficking.

“The same way the internet changed communication […] imagine what this open technology can do for the devil that is money.”

Tey recalls his experience in a refugee camp in 2014 with an almost lightness in his voice akin to someone reminiscing about a fond childhood memory. Grateful as he was, he says, after weeks of monotonous (albeit still nutritious) food, he reached a saturation point of being utterly fed up with the same dish served day in and day out.

But that’s life in limbo where even cash is unusable for an alternative. There’s not much of an address to speak of to the camp. There’s no access to digital payment methods for someone in a precarious situation as Tey’s and other refugees in the camp. However, with only a smartphone and Bitcoin in his account as well as a great deal of ingenuity, Tey describes becoming the camp’s superstar: the man who got a large pepperoni pizza delivered. Still steaming hot! This simple endeavor then opened up opportunities for access to his camp-mates. From the ordering cola to the camp, to sending money to stranded relatives. 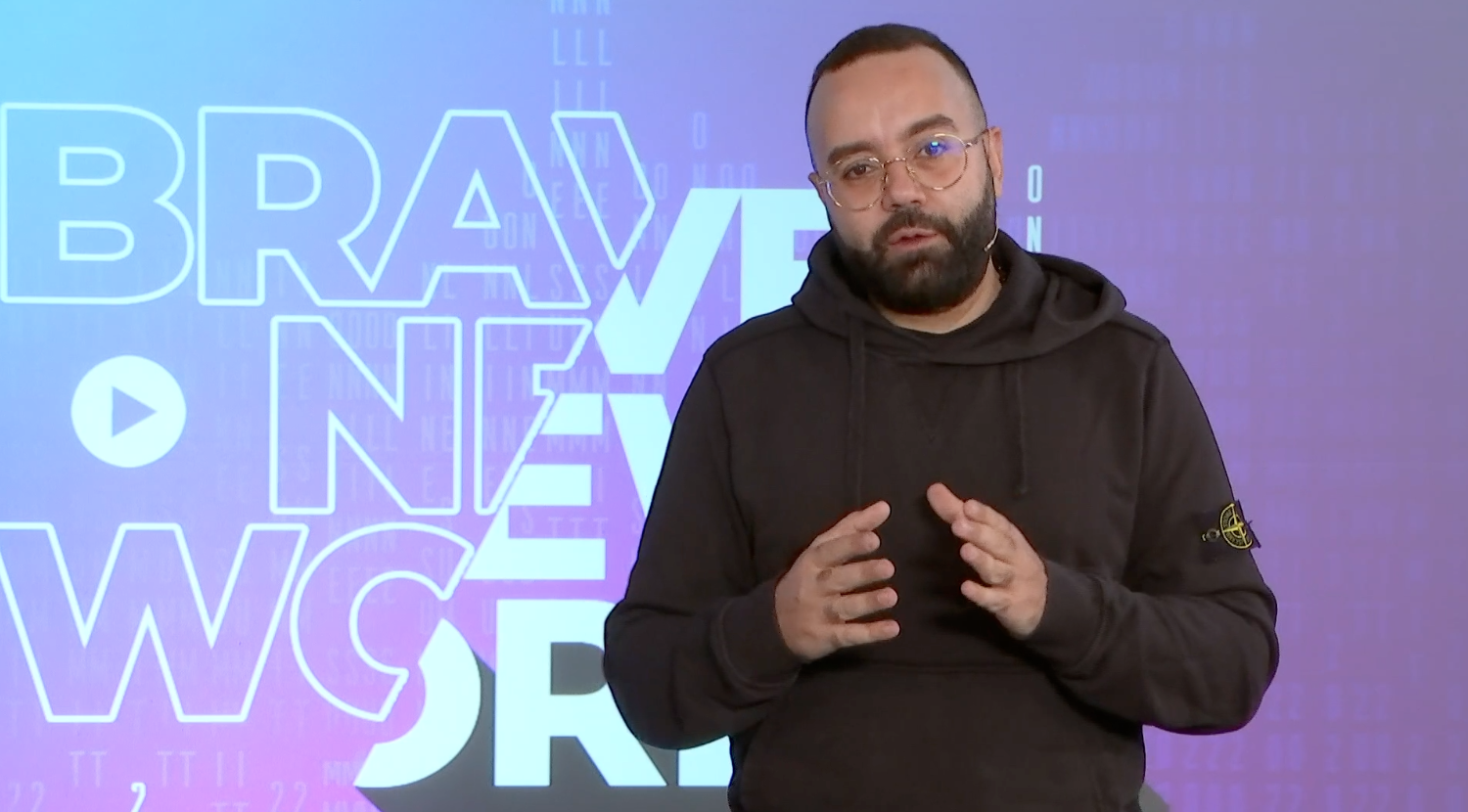 Later, with the camp memories behind him, the idea of using this technology was integrated along with the basics of Dutch culture and language in his training of other refugees. But that wasn’t enough. “Breaking the identity barrier” as he puts it led to the founding of a startup that uses the immutable, decentralized tech that is blockchain to potentially help a billion people around the world without proof of existence and 237 million “invisible children”.