In this episode, Yama Saraj, founder of SenseAI, sits down with Apoorv Karmakar, the Managing Director at Amplio Ventures, Co-founder and Director of Included VC, and Kristina Vayda, the Executive Director at Faire, to discuss an opportunity so far untapped: investing in migrants and refugees.

In a previous episode, Why Diversity is Important in a Startup Ecosystem, we learned that the tech industry’s lack of diversity cost nearly $400 billion. With this in mind, the question “How can the investment sector tap into this opportunity?” inevitably pops up. And it should, as the number of migrants and refugees is projected to reach one billion by 2050.

In this episode of the podcast, we bring you the panel held at the Startups Without Borders Summit, where Yama Saraj, the founder of SenseAI, sits down with  Apoorv Karmakar, the Managing Director at Amplio Ventures, Co-founder and Director of Included VC, and Kristina Vayda, the Executive Director at Faire, discuss an opportunity so far untapped: investing in migrants and refugees.

Yama Saraj starts the panel off by saying, “There has been a lot of talk about the necessity of diversity and inclusivity in the tech and innovation space. Maybe this necessity is due to the fact that a lot of tech is being developed by white males, and notably in California.” Saraj, a refugee turned entrepreneur himself, remembers the challenges of not so fortunate beginnings. “But this does not necessarily imply that these people understand the needs and problems of the people less privileged than themselves, such as refugees, such as migrants.”

The need to invest in refugees

Why is there a necessity to invest in refugee entrepreneurs? “We firmly believe that not only are they a huge value add and a source for potential economic growth, but they bring with them skills and unique vision, and that’s actually good business,” says Kristina Vayda, Executive Director of Faire, a French endowment fund. 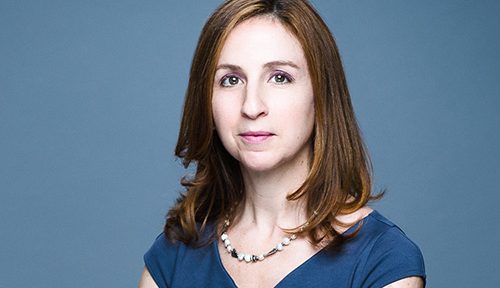 Kristina Vayda is the Executive Director at FAIRE, a French endowment fund that supports and empowers refugees to become successful entrepreneurs.

“That unique vision enables them to see opportunities that we feel are potential good business opportunities.” Her company, Faire, offers refugees pre-seed money because of that unique vision and skill sets. “So that’s something that Faire is looking to fill that gap because we know that the opportunity is there, that the potential is there. They just are missing this and through no fault of their own through a series of events that have happened in their home countries that have forced them to leave.” And the market size is quite large.

“We really believe that lived experience is very necessary for an entrepreneur to be able to create solutions right; if you haven’t grappled with a problem, what are the odds of you being the best person to solve those problems?”

“By our estimates, the whole galaxy of forcibly displaced migrants is about probably 70 million. And again, the number shifts depending on who you ask and who you talk to,” says Apoorv Karmakar, Managing Director of Amplio Ventures, which is committed to solving the problem of integration of millions of displaced migrants globally. “We really believe that lived experience is very necessary for an entrepreneur to be able to create solutions right; if you haven’t grappled with a problem, what are the odds of you being the best person to solve those problems?”

Why are there so many white males developing tech, especially in the US? Nikita Thakrar has the answer. “To set the scene, if you think about immigrants and refugees in the US (because that’s where all the data and reports usually start from), 50% of individuals are more likely to start a business if they’re an immigrant. That’s a huge amount. That’s not like two percent, three percent. And if you think about America’s top valued as appropriate tech firms, or the highly valued tech firms, 60% of them are founded by a first or second-generation immigrant. So the data is simple. It’s not a few percent, it’s very large, and it’s a big gap. Yet if you look at all the funding, 80% goes to white males from certain universities.”

“If you think about immigrants and refugees in the US, 50% of individuals are more likely to start a business if they’re an immigrant. That’s a huge amount.”

It isn’t on purpose; investors usually tend to be white males; “I think something that we need to think about is bias. We like people that look like us, and it’s unconscious.” These statistics are the reason Included VC operates the way it does. “You can mentor entrepreneurs, and that is amazing. However, if the people at the top who are giving the money are not changing, what are we gonna do? And that’s how Included VC was born. That let’s find diversity in all forms, so whether female, gender, race, refugees and let’s see if we can give these people a chance to break into such a niche kind of closed industry and in a few years time they’ll be partners, and they’ll be writing the cheques, and then you’ll see what Apoorv just said that the ideas that aren’t necessarily tech, or Slack, or Apple.” 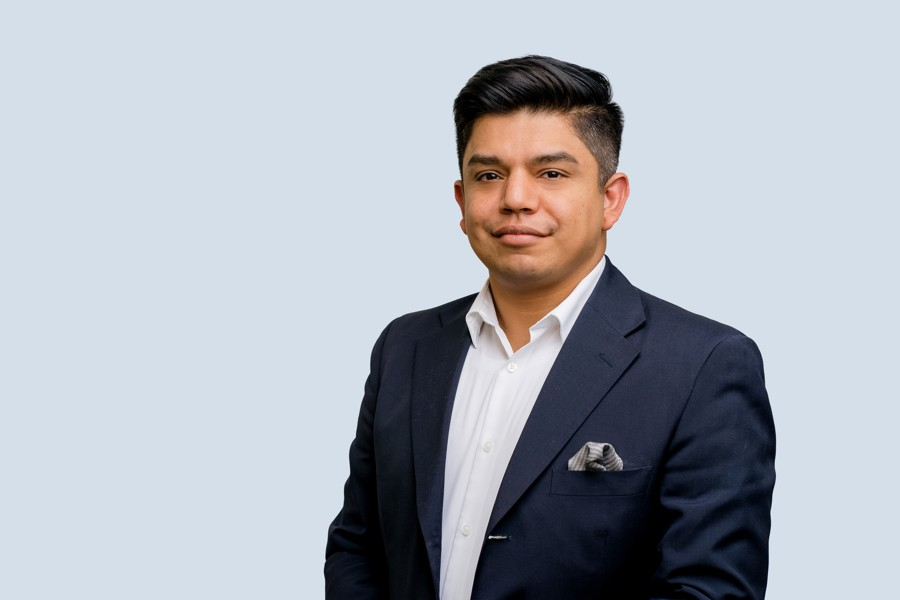 Apoorv Karmakar is the Managing Director at Amplio Ventures.

“We’re much more in a business angel stance, in the sense that what we’re investing in will be fairly high risk because it’s early stage, so we have no way of knowing if it will succeed or not. We’re making bets. We’re making bets on the entrepreneurs we fund. But we realize the necessity to invest at this early stage to help them get off the ground. Longer-term, the vision for Faire is to create a second brick, which is an investment fund, which will be if your investment fund for seed, for series A investing that will probably be opened up to other investors,” says Vayda.

“So if you invest in equity, you’re all in. You cannot grow slowly like the Moneyball approach a lot of people talk about. I don’t think it quite works. Alternatively, if you could be a fund that does revenue-based investing; the challenge is for entrepreneur who basically at the idea-stage, revenue-based investing doesn’t work for them, right? Because like how do you, they don’t have revenue, so how do they return?” Karmakar says.

“It’s going to be a very long term game. It’s getting these people into positions, then them getting to the level where they can influence decisions, and then them slowly bringing in the change.”

“I think like Apoorv and Kristina will agree that it’s going to take seven to ten years. This isn’t one year. I think, oh, why are we looking at our numbers or we’ve not, you know, the venture capital hasn’t changed this year. It’s going to be a very long term game. And I think it’s getting these people into positions, then them getting to the level where they can influence decisions, and then them slowly bringing in the change that we should invest in completely different makeup. And then I think companies and funds will thrive once that happens,” says Thrakrar.

COVID-19 has affected nearly everything, so it will be interesting to see its effect on entrepreneurs’ future ideas.

“I think what COVID’s done is not only accelerated it but showcased globally that anyone can come up with an idea. Like before, so, just to give some context, before you had to fly somewhere to meet a VC, you had to go in person. They would have to come and meet you; you had to find time. Now, they genuinely realize that COVID has completely pushed the agenda of a lot of funds,” says Thakrar. “So, not only has it accelerated opportunity, it’s accelerated awareness and exposure. And then I think, in time, we’ll see the funds going to diverse individuals, including refugees, but it will take a couple of years to see that impact.”

“I think like the reason I feel like COVID might actually provide a bit of a tailwind to change is that we do see a more like secular migration to remote and distributed work,” says Karmakar.

3 Sudanese Entrepreneurs Shining In The UK