From London, to Amman, to the Greek refugee camps, There is a growing ecosystem of entrepreneurs, incubators, supporters and investors building a movement made up of valiant migrant entrepreneurs. What does that transnational ecosystem look like today? Find out on this thrilling chat.

In episode 22 of the Startups Without Borders Podcast, we bring you another panel from the #SWBSummit2020. Valentina Primo, Founder and CEO of Startups Without Borders; Charlie Fraser, Co-founder and Partnerships Director of TERN; Laura Di Santolo, Co-founder and Managing Director of Forward Incubator; and Vasili Sofiadellis, Founder of Changemakers Lab, discuss the ever-growing transnational startup ecosystem.

“In the last four years, we have seen a huge amount of innovation, energy, and momentum build in these programs around the world,” says Fraser, as Sofiadellis recalls the inspiring refugee entrepreneurs and professionals in the island of Lesvos.

When it comes to the challenges refugee entrepreneurs face, one common denominator is finding a different mindset. “We are all brought up in a different world. We live on the same planet, but the way we are raised and these tested rules of the game are implicit and not so explicit,” says Di Santolo.

“That’s very hard for people to pick up on because when I see successful business people, they are not offering the highest IQ, but they have the best common sense. And what is common here is not common to the people, so that’s where we need to take them a bit by the hand and support them.” she explains.

Access to market is another huge issue, according to TERN. “We see that refugees have a disadvantage when finding routes into the market that allow them to access their first customers and build traction in their business, to build cash flow in their business that allows them to take their idea to scale,” says Fraser.

“We’re still seeing a huge gap between local entrepreneurs and refugee and migrant entrepreneurs in how they can access the credit they need to start their businesses.” 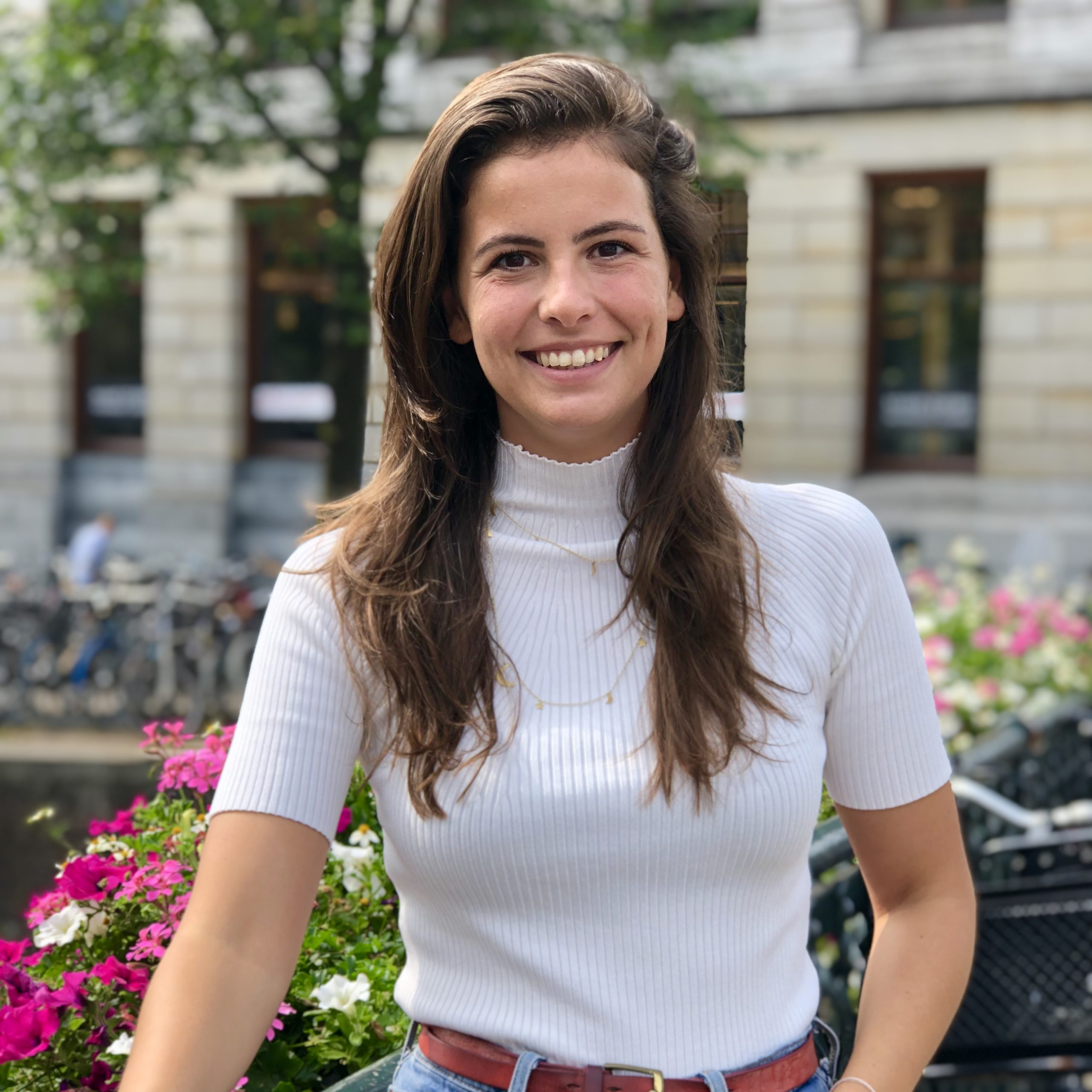 The impact of COVID-19

“In the first instance, COVID was making the world a bit more equal, in that everyone was a bit trapped in isolation. A lot of newcomers are isolated, and we saw that during the first wave here in the Netherlands, we had the attention of business coaches and university students that support our entrepreneurs because there was not that much going on.

Our last cohort ran quite well. There was such a connection because everyone had to deal with the same type of virus. Whereas normally, everyone has such a different story. And I also think that now is the time for everyone at home to invest in your learning. That’s something that you can do now. Invest in learning, growing, learning skills, now is the time to do that.” says Di Santolo

“COVID was making the world a bit more equal, in that everyone was a bit trapped in isolation, whereas normally, everyone has such a different story.”

“Since 2015, we’ve seen people mobilize around the world, to support asylum seekers. And now, with 2020, with COVID, it’s forced people, and especially corporations, and governments to start embracing technologies to get to people and specific technologies that I’m talking about are education and healthcare. So, the question is, “How do we bring these stakeholders now to empower asylum seekers?” And we heard Karim [Samra, founder of Changelabs] in an earlier panel saying about a program, the first of its kind, that’s going to focus on not only empowering refugees, but also locals, but that can support and offer services to refugees. Services such as digital skills, there are 250,000 skills shortages alone in Europe.” says Sofiadellis.

When it comes to raising investments, Forward Incubator highlights the need for entrepreneurs to understand the dynamics of building a business. “We always advise the people; first, their business needs to make sense on paper. And then, if you need external investment, make sure that you find someone that you connect with and that you don’t feel restrained from calling if you have a problem. Or someone that is not just bringing money, but is, you should look for smart money but also money with a heart ideally.”

“The gap we’re seeing between venture capital and the businesses emerging from the refugee community in the UK is that there’s a lack of ability to show traction in their business solutions that allow them to compete with venture capital. And to get to solve that problem, we need more angel investment to come into these businesses at an early stage.”

“The gap we’re seeing between venture capital and the businesses emerging from the refugee community in the UK is that there’s a lack of ability to be able to show traction in their business solutions that allow them to compete with venture capital. And to get to solve that problem, we need more angel investment to come into these businesses at an early stage,” says Fraser.

“When the propositions are higher risk, to take a chance on building these propositions out and getting traction in the market before they go to some of the larger moves we’re seeing around accessing venture capital for these entrepreneurs. The encouraging thing is that increasingly, the pipeline of business talent from the refugee community is getting stronger, and we are seeing more angels look to invest into this community.” adds Fraser. Later on, Fraser adds, “If you want to find a competitive advantage in the current business investment landscape, you need to invest in diversity.”

Highlighting an ecosystem with no borders

“What we see is that we need to develop a very strong support ecosystem for newcomers, but that we also work hand in hand with the traditional startup system, so we can tap into these resources and to that potential, and I also think that all refugee incubators should benchmark themselves with commercial incubators in a way. Not in terms of metrics, but just that you have the same types of program activities.” says Di Santolo.

“We can turn the narrative around and say, ‘actually, a global community of 25 million refugees carries a huge amount of this amount of business power.'”

“It’s really important to be focused on the refugee community,” adds Sofiadellis. At the same time, we also need to focus from an integration perspective on how we can bring the people into contact with locals. And the model again that Karim mentioned, about an accelerator program that has locals working with refugees that are solving challenges linked to refugees. So I would almost take it and say social economy accelerator programs are solving social challenges. Because if you can solve the challenges that refugees have, you’ll be able to solve most societal challenges in terms of access to healthcare, education, and so forth.” says Sofiadellis.

Is crowdfunding the solution?

“Crowfdfunding works if you have a very strong story, – and of course, every refugee has a really strong story; always a story of resilience, so that’s definitely interesting to work with because you do not need a lot of resources to get it going,” says Di Santolo. “You need a phone and you film yourself, film your story, you talk about your ambition. So I think crowdfunding is always a very interesting idea.”

“We, as Forward Incubator, started from crowdfunding ourselves. We raised ourselves 5000 euros, and then we started activities. It was just recording a short video and then spreading it and connecting with people over our mission. And that was a bit over three years ago, so I think if you have a good story to tell, I think it can definitely work,” she adds.

“One of the major credit organizations in the refugee space is Kiva, that doesn’t operate in Europe but operates very much in Africa and Latin America with refugee entrepreneurs, which is primarily looking at crowdfunding, small, micro-crowdfunding for startups and entrepreneurs looking to launch businesses in those markets. In the UK, we don’t invest in crowdfunding solutions because we think the time and energy to facilitate crowdfunding campaigns is not a particularly efficient way of raising capital. That’s our own personal perspective. We think there are more effective ways to correct refugees, connect with entrepreneurs into credit, capital, and crowdfunding. But in other markets, it’s very different, and I would highly recommend any entrepreneurs in those markets looking at Kiva as a way of accessing supporters for crowdfunding campaigns.” says Fraser.