Having left Iraq as a teenager, Anas Alchalabi has built a solid career in the MENA startup landscape, having supported hundreds of Refugee founders to create their startups. In episode 29 of the Podcast, Anas shares a touching account of his journey, while unveiling 7 key things every entrepreneur should know.

Anas Alchalabi, or “That Entrepreneurship guy” as he’s known in the streets of the Middle East, has enabled hundreds of Refugee founders to create small empires that solve major challenges in Industries like Finance, Education, Healthcare, Manufacturing, and Retail. For the past 4 years, Anas has contributed to initiatives with Governments, UN, World Bank, Venture Capitalists, Google, Facebook, and many more to bring investment and opportunities to Young founders in Jordan.

In a candid conversation with Valentina Primo, Anas recalls his childhood memories leaving Iraq and narrates his emotional return 13 years later, to support the country’s nascent entrepreneurs. What are the top lessons he would like to share with entrepreneurs? Listen to the episode to find out the 7 key facts every entrepreneur should know before starting up in the Middle East.

After a failed kidnapping attempt on his life at the young age of 13, Anas and his family left Iraq and what followed was a 10 year journey of ups and downs that helped him process his changing relationship to his country and what his passion truly was. “The next 10 years were difficult, and my relationship with my country changed four times. Looking back, I see it as a process where in the beginning I had a lot of resentment,” he says. 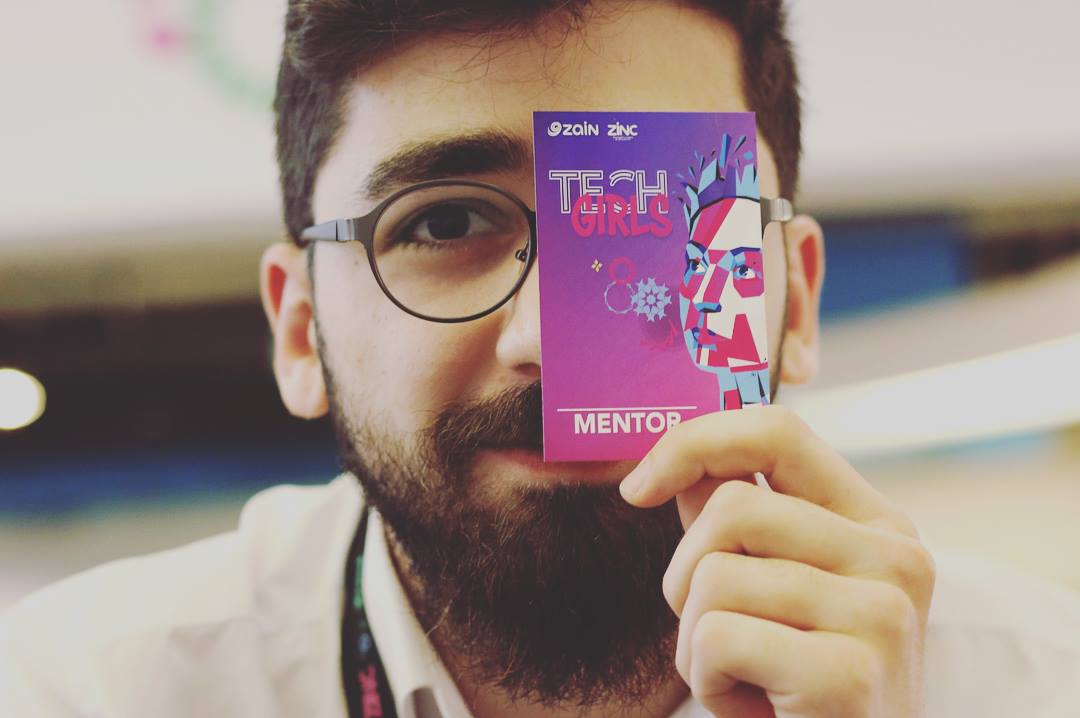 Over the next 13 years, Anas describes the 4 stages he experienced in his changing relationship with his country and how he processed it.

1. RESENTMENT: 13 year old Anas was angry at the hand life had played. He questioned why he was at the receiving end of these kidnapping threats and why he had to leave everything that was familiar to find another home. “I used to think: Why me? Why is it happening to me? What have I done wrong, I’m just a kid. I felt I had gotten in between two powerful nations getting in a fight, and I had no say in the matter,” he recalls.

2. DENIAL: This quickly turned into denial – he associated everything bad that had happened to him with Iraq and therefore wanted to block those memories from his mind and dissociate them from his future. “It got to the point where everything bad that happened in my life had happened in my country, so it was not something I wanted to relate to,” he explains. The focus here was to blend in with those around him, whether that meant learning English or speaking other dialects of Arabic and even talking and dressing like those around him.

3. CALMNESS: He refers to this stage as when you spiritually wake up and begin to reflect on your actions and emotions. “You start to take note on your behavior and why you are doing what you are doing. You understand a little bit more of who you are. That’s when I did a lot of reading, self-learning, and trying to understand if my perception of the world was accurate,” he says.

4. RESPONSIBILITY: This final stage is where Anas finds himself today. A realisation that his survival was not accidental. He believes the many seasons of life and the skills and beliefs he has built along the way are to be used to give back and rebuild his home country. 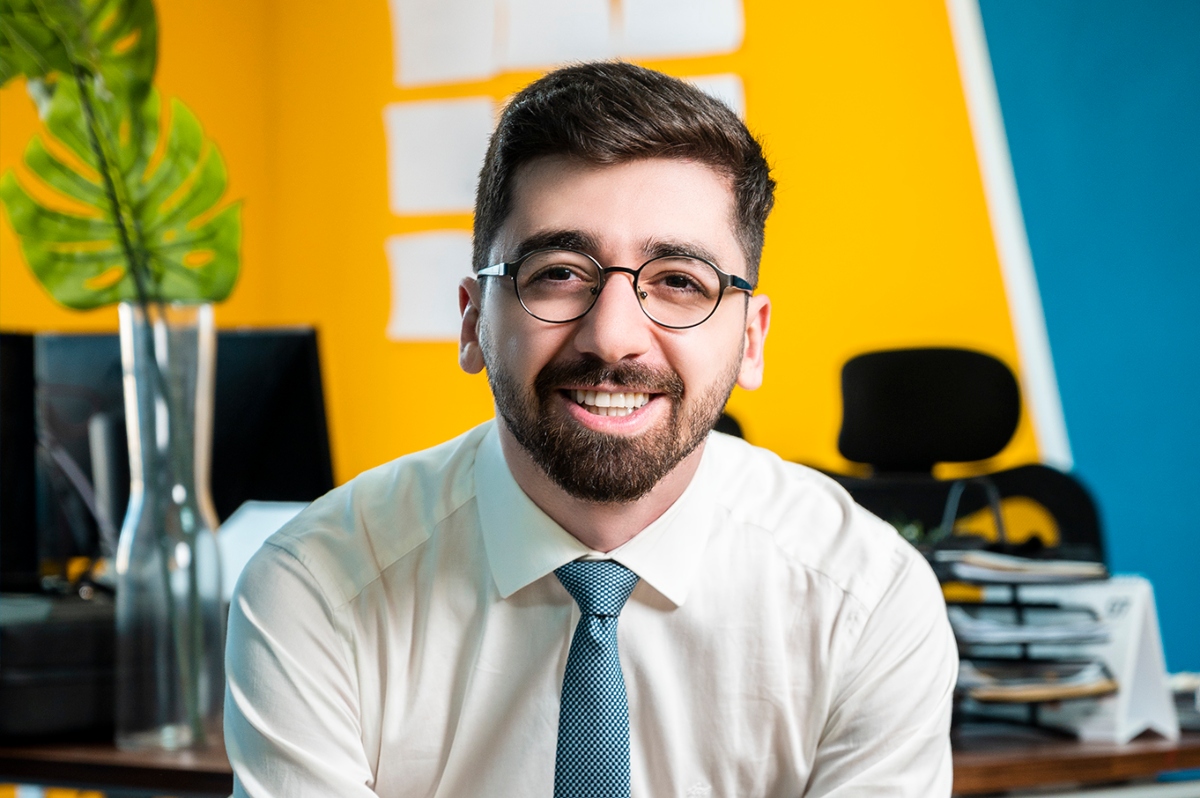 After 13 years away from his country, Anas found himself getting on a plane back to Iraq for work all of a sudden, with no more than two hours notice. “It was the highlight of the decade. I literally had a call saying ‘can you be in the airport within 2 hours? We’re not asking’. I had two hours to prepare for a trip that I had been waiting for my entire life,” he says.

Meeting with government, policy makers, and Iraq youth, who were starting businesses in the most unlikely conditions, gave him renewed resolve and reminded him of the relevance of what he was doing and the value of investing in entrepreneurs.

“I literally had a call saying ‘can you be in the airport within 2 hours? We’re not asking’. I had two hours to prepare for a trip that I had been waiting for my entire life.”

“Your resilience can turn you into a millionaire”

Anas believes that refugee entrepreneurs are uniquely equipped to build thriving businesses; as they were forced to build resilience early on in life. They also have the added advantage of combining 2 cultures through their business, which gives them a competitive edge over both the home and host country entrepreneurs.

“No refugee can design his life for more than a few months at a time, and this is where the mindset of turning crises into opportunities comes. You have more to lose by not being a founder,” he says. Leveraging on his achievements and experience in the startup world, Anas shares 7 tips for every entrepreneur:

1. Know your calling: You must know what drives you and got you interested in entrepreneurship. Whether it is to make money or leave a legacy, having a strong sense of your internal calling is essential as external motivators won’t be sufficient for challenges you will face as an entrepreneur. He recommends reading “Start with Why” by Simon Sinek.

2. Know your market: There are 2 Middle Easts according to Anas- the monolithic bureaucratic state run corporations and the more dynamic Arab millennial market who are active on social platforms. As an entrepreneur looking to make impact, you have to account for both sets of audiences and markets. 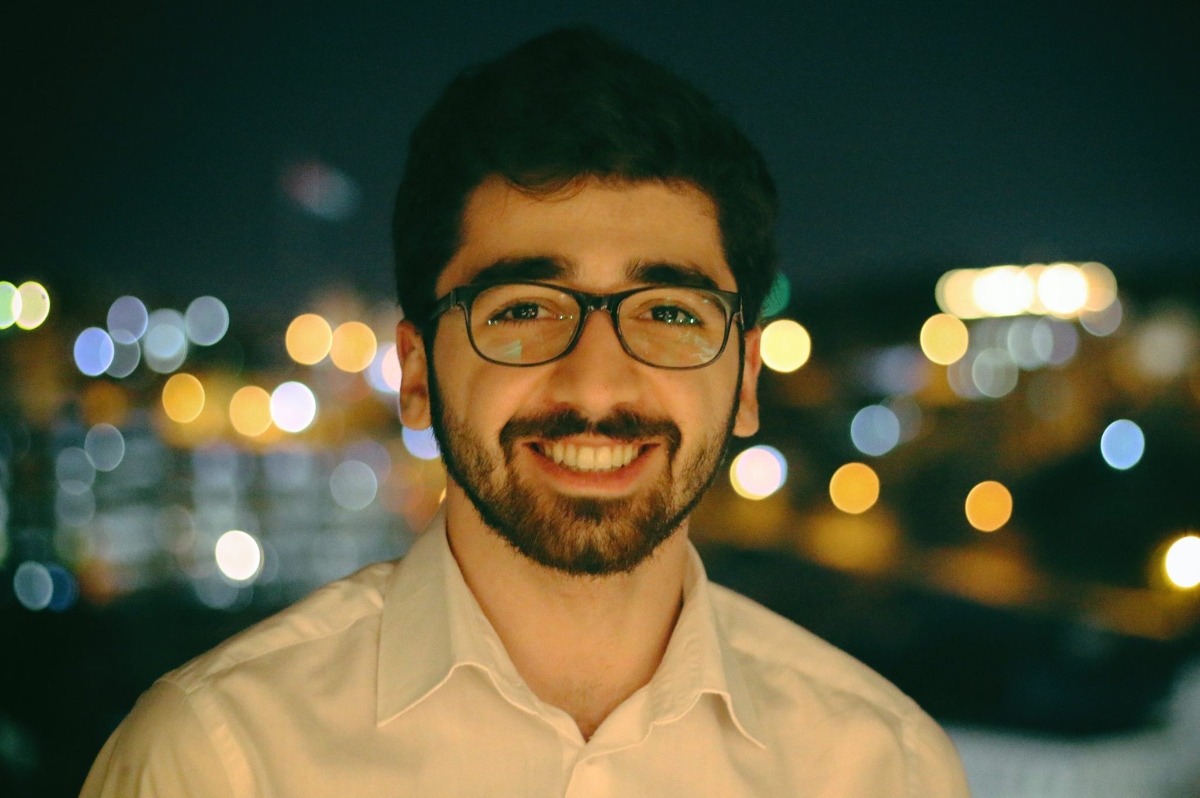 3. Know your Brand: “Before working on your business, work on your brand, make people know you.” When you start out as an entrepreneur, nobody knows you or your product. New businesses tend to take the brand of the founder and therefore it is essential to build your personal brand. As you build your brand and become visible, your company gets legitimacy through you. This is a strategic play to attract like-minded people to your business.

4. Know your allies: According to Anas, this is the elephant in the room that not many address in the startup world in the Middle East. New businesses often find themselves competing with large corporations that don’t play by the rules. “It is important, as a founder, to be wary of threats and possibilities if anything goes wrong.”

Based on where you’re located, your allies could be different but invest in identifying and building relationships with your allies: whether it is a local investor, a large organisation, a local government or even a program that can help you legally- know your allies.

5 . Know when to double down: As an entrepreneur you must learn to double down in hard times. “Stability is not good for startups. Going through ups and downs is a sign that you are pivoting and experimenting, which is brining change. Don’t be afraid of adversity, embrace it.”

Ask yourself if you have the right team that will take you forward and face the adversity head on. Keep a close inner circle of family and friends who can motivate you when things get hard. If you feel lost as a founder in hard times, go back to lesson #1- your why is your north star that will help you to keep going. You don’t want to be a rich successful sad millionaire, so figure out what you need to build the resilience you will need as an entrepreneur

6. Know your network: In this age of social media and connectivity, you have the opportunity to tap into an almost bottomless network. Use your network to your advantage. Picking a co-founder is another crucial step. Be clear on what you are bringing to the table as a founder and then pick a co-founder who complements what you bring so that your forces combined will help you reach the networks you are aiming for.

7. Know where to begin: Anas’ advice to all first time entrepreneurs is to sign up to an incubator or accelerator program to learn the experience and different milestones of starting your own business. Being in the market will help you identify the needs and also the skills you require to build your business- do not do this alone. Even if you are from a smaller country that may not have these programs, identify regional programs that you can attend and benefit from.

What’s next for Anas

In light of the changing global scenario, Anas believes the entrepreneur mindset is more important than ever. Inspired by his grandfather who started a newspaper in Iraq in 1936 and generated enough income to support a 17 member family and taking the many lessons he has learnt from working abroad, Anas hopes to use his inspiration and skills to impact Iraq.

“A lot of us, Arab Millennials and former refugees, see ourselves as a meteor going in space, collecting momentum. We know there’s a lot to be learn, and we want to create the bigger crater we can create once we go back to our country,” he concludes.

PODCAST: How This Nigerian Entrepreneur Found Her Purpose 3,000 km Away from Home