It took Mostafa Azy a long, devastating journey to reach the Netherlands. But as he settled down and joined RefugeeForce, he met other tech talents and embarked on an adventure into the Dutch tech world, landing a job at a company in Amsterdam.

By Arin Rahman | In partnership with RefugeeForce

Speaking from his friend’s house in the Netherlands, Mostafa narrates the journey he embarked on nearly six years ago. Taking us along his journey, from meeting his friend at a basketball court in Syria to landing a tech job in Amsterdam, he vividly recalls the moments that changed his life.

Traveling through and enduring the elements, briefly meeting new people, only to never hear from them again, is an experience shared by many, yet different to each person. And overcoming the fear of dying, becoming a statistic, and leaving home, teaches life lessons that are unreplicable. Today, as he looks back, he gathers the lessons he learned after taking part in RefugeeForce.

“Your difference is beautiful it is what makes you the person you are, so don’t be afraid to show it.”

He says that the plan, “which was barely a plan itself,” was set into motion when he met someone at the basketball court who wanted to leave as well, and asked a few questions on how it would work. The second time they met, he had received his passport the same day. Mostafa got his passport within one week, and that was when they decided to leave together. Their departure occurred so abruptly that he didn’t get the chance to say goodbye to many people. He recalls, “no one really realizes that you’re leaving, even us; until a point someplace in the journey you realize that you left.” 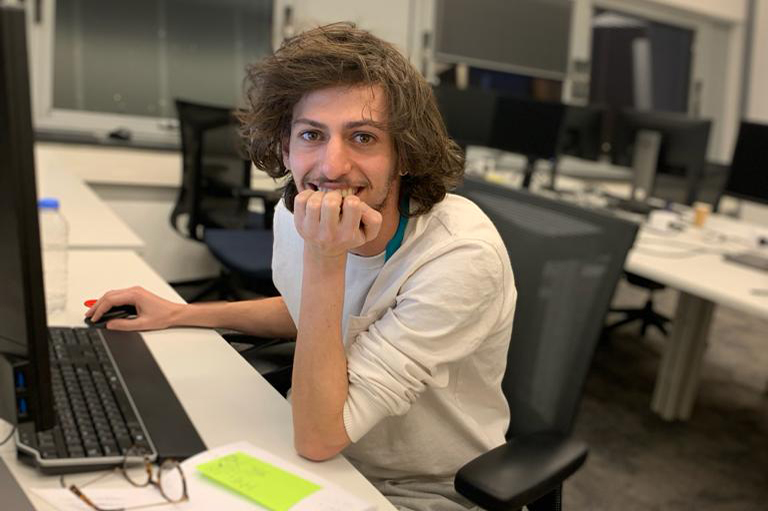 The journey of leaving Syria and entering Turkey became mainstream as more and more people were taking it. Transportation companies made package deals so to book the whole trip. “We went to Damascus, and from Damascus, we went to Beirut by bus. Then we took a plane to Turkey, and then Antakya, and then to Izmir.” Going to Beirut was necessary as the Syrian airport wasn’t working at the time.

“The most challenging part of the journey? They all sucked,” he says, bluntly. “I wouldn’t compare them. I had this clear idea that the most difficult part would be the boat and Hungary. Yeah, they were tough, but we also struggled in other places.” As Mostafa elaborates on his experiences on the boat, it is understandable as to why he thought that. On his first attempt at a voyage across the sea, he became stranded in a sinking boat, while another boat carrying refugees crashed into them.

“You’re on that boat, and no one knows anything about you. You’re totally disconnected, and you’re about to become a number if something happens to you.”

This all happened in the dark, so no one had any sense of direction, and the only thing they could do was pray and cry. “You’re on that boat, and no one knows anything about you. You’re totally separated from the world. I’ll be thinking of my friends and my family and what they’re doing now and if they know about this. You’re totally disconnected, and you’re about to become a number if something happens to you.” They had attempted to call the authorities, but none responded. Once the sun rose, they were able to see that they were close to the beach they had left the night before and returned to it. On the second try, he made it to Samos, Greece.

Every refugee’s experience leaving their home country is different; trying to get from Turkey to Greece could span anywhere from two hours to two years. Varying factors such as smugglers, timing, and government handling all affect this process.

Mostafa spent two weeks in Turkey trying to go to Greece. Some of the people he met had been there much longer. Some had spent over a year trying everything, wanting to go back, and overall, having a terrible time. “Even if you leave Turkey, there is no guarantee that you will make it to Greece, and the smugglers don’t care about the result. They just want to take your money and put you on a boat and send you away. You might arrive, you might not arrive. It’s really the last thing they care about.”

“Smugglers don’t care about the result. They just want to take your money, put you on a boat and send you away. You might arrive, you might not arrive. It’s really the last thing they care about.” 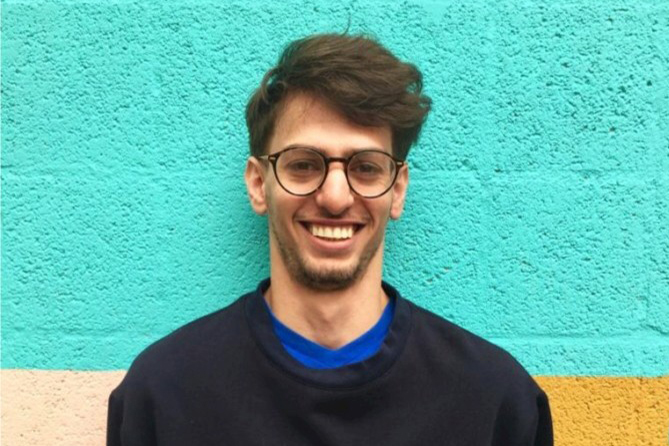 Arriving in Amsterdam: The Destination

On September 25, 2015, aged 19 to 20, Mostafa’s train arrived in Amsterdam Centraal Station, where he was transported to a large sports hall that was receiving refugees as the camps were very crowded at the time. After two weeks there, he was transferred to another camp with 3,000 people, where he stayed for six months. He stated that the struggle started once he got his studio and became settled, as he needed to figure out what to do next.

In June 2016, Mostafa settled in Nieuw-West, Amsterdam with Startblok, a project for young people and refugees. Startblok is a great idea, but according to Mostafa, it was executed poorly. “It has poor infrastructure, underqualified staff, and a lack of attention to problems. Its main goal of integration and diversity was not achieved,” he explains.

Rebuilding a Career in the Netherlands

When in Syria, Mostafa had the universal dream of many adolescent boys: becoming a professional athlete of some sort. “I wanted to play basketball.” But, much to young Mostafa’s dismay, that was not the career he pursued. However, it was his love for basketball that allowed him to come to the Netherlands. If it weren’t for him meeting his friend at the basketball court in Syria, he might have never made it to Amsterdam.

When he was in high school, he studied Information Technology. So, over the summer, he worked at a hardware-software computer store. Through this experience, he discovered that he didn’t have a passion for IT, so he switched careers.

When he arrived in the Netherlands, he was unsure of what to do. So first, he studied language, and then he began working for KEIG, the house association, in project management. In Amsterdam, he had an internship where he designed logos and murals. He did some traveling during this time as well, to Barcelona, Madrid, and Malaga. When he returned, he did his status exam for university while working as a bartender and a waiter.

As he sought for a more rewarding, well-paying job, he found RefugeeForce, an Amsterdam-based organization that trains refugees to enter the Salesforce ecosystem. A few months later, he landed a job at Eurofiber. Since doing the course with Refugee Force and obtaining a job, Mostafa’s life has turned for the better. “I’m more settled. I have more priorities, in terms of ‘I have to work,’ ‘I have to study, increase my knowledge,’ so I stick to that. Time becomes more valuable than before.”

“I have more priorities, in terms of ‘I have to work,’ ‘I have to study, increase my knowledge,’ so I stick to that. Time becomes more valuable than before.”

His advice to other refugees? “It is not easy, but you came a long way that you deserve to live and be yourself. Don’t accept to be labelled as a refugee who is not qualified, and who can’t do this and that; stand up for yourself, study, work, explore, learn, experience and challenge yourself. You have all the right to do so, we are all equal. Your difference is beautiful it is what makes you the person you are, so don’t be afraid to show it. Work on small steps to reach the big target follow your heart for what you want to do.”

If you lead a company and want to recruit diverse talents in Europe or the Netherlands, head here.