The world is witnessing a staggering tragedy unfold in Afghanistan at a tremendous rate and range. Afghanistan’s cities, and ultimately Kabul, fell like dominoes to the Taliban. According to UNHCR, there are over 2.5 million registered Afghan refugees worldwide. These refugee entrepreneurs not only bring with them a dramatic journey but also their innovative spirit and willingness to build.

We’ve compiled a list of seven Afghan refugee entrepreneurs who have pushed their boundaries with courage and built incredible businesses. Their stories will inspire you.

From a widowed Afghan refugee woman with a blurred future to a change-maker who has trained over 200 women.

When her husband passed away, Zeynab Shaban had the daunting task of raising her children on her own. At the age of 19, Zeynab nurtured a talent for tailoring through a vocational skills training course. 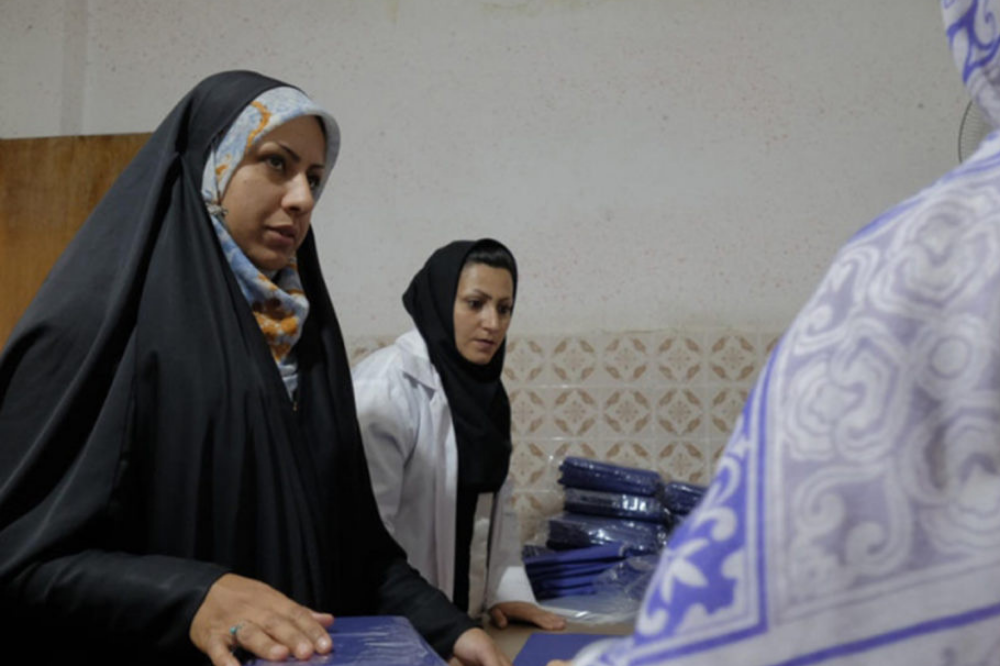 “I began thinking about the skills I already had.” She developed a business plan and approached the UN Refugee Agency for help by using these skills.

She started her home business with small sewing machines and a minimum order from her neighbours. But as soon as her talents occurred, her orders grew.

Since Zeynab insisted on helping more women in her community, she has reached out to various hospitals. As a result, she sealed successful deals with multiple Iranian institutions and medical supply stores. Zeynab has established a free internship scheme for vulnerable Iranians and Afghans. Since 2014, she has trained over 200 women on the job. She also enhanced their skills and enabled her business to flourish. Her workshop in Shiraz now supplies five hospitals across the city and has 30 full-time employees — primarily women.

Ziagul Hakimi is the co-founder of ILHAM, a catering startup run by seven Afghan refugee entrepreneurs.

In 2011, after the Taliban threatened her daughter to kill her family, Ziagul sought asylum requests in India. She had suffered for four years before she began ILHAM in 2015 with six other refugee entrepreneurs. 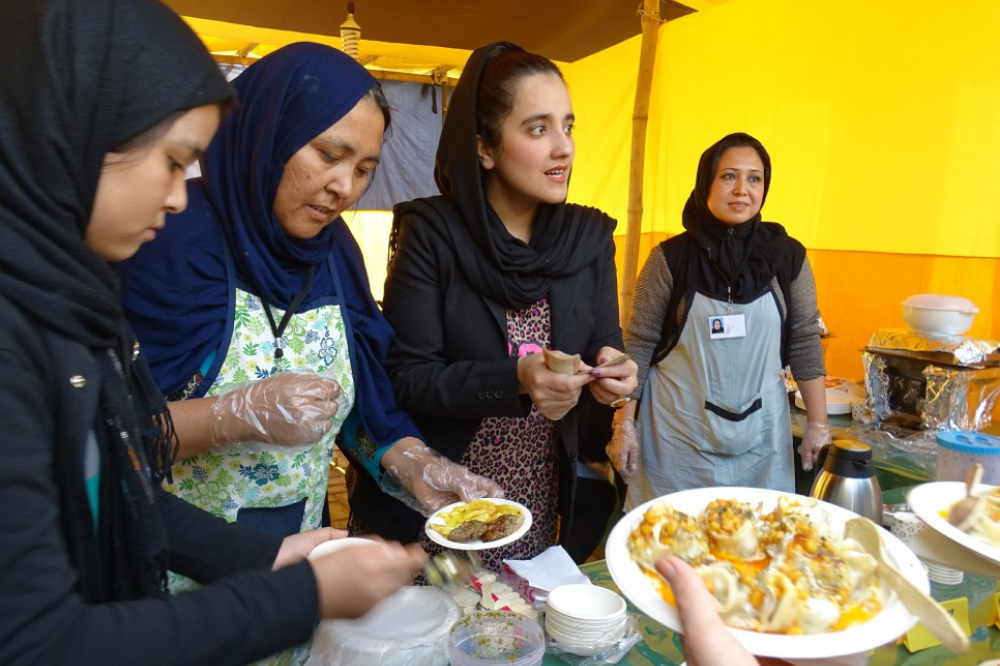 The women met each other through ACCESS, a Delhi-based NGO that tied up with UNHCR. They cooked food at home and supplied it to various embassies. “I will be thrilled if ILHAM turned into a full-fledged restaurant,” says Zigual. She aims to provide a bright future for her children through hard work and persistence.

After receiving her Bachelor’s Degree in Computer Science from Herat University, Mahboob got her MBA in IT in Malaysia. She worked as the IT Coordinator at Herat University from 2007 to 2010 and founded the Afghan Development Program Organization in 2008. 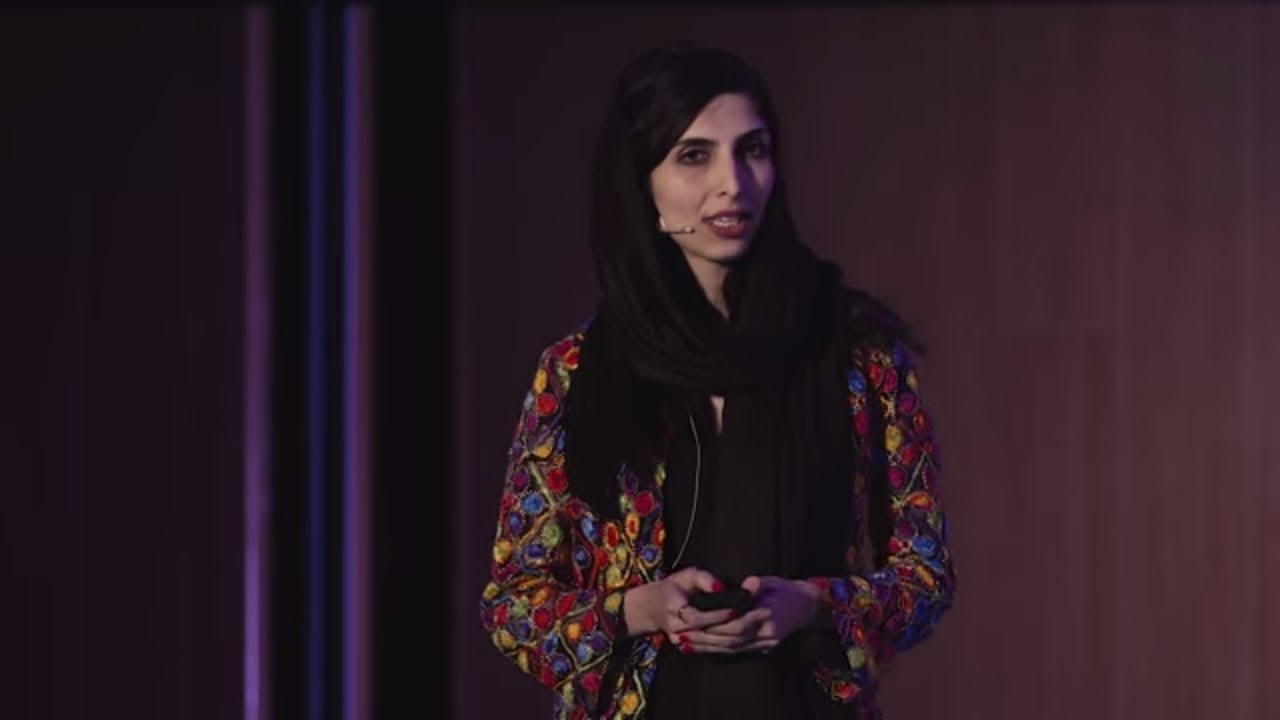 Roya Mahboob founded the Afghan Citadel Software Company (ACSC), a nonprofit company based in Herat, Afghanistan. The startup provides jobs for recent graduates, especially girls, and helps them find opportunities in the new IT market.

She is devoted to helping women in developing countries by facilitating access to technology. Her goal is to inspire Afghan women and motivate them to start their own technology businesses.

“You can overcome incredible difficulties in life and still be successful.”

Milad was born in Kabul, Afghanistan, during one of the most significant humanitarian crises in modern history. Therefore, his parents fled to a refugee camp and went to the US to start a new life. As Milad grew up, he saw his well-educated parents work manual labour, which taught him the value of hard work and resilience. 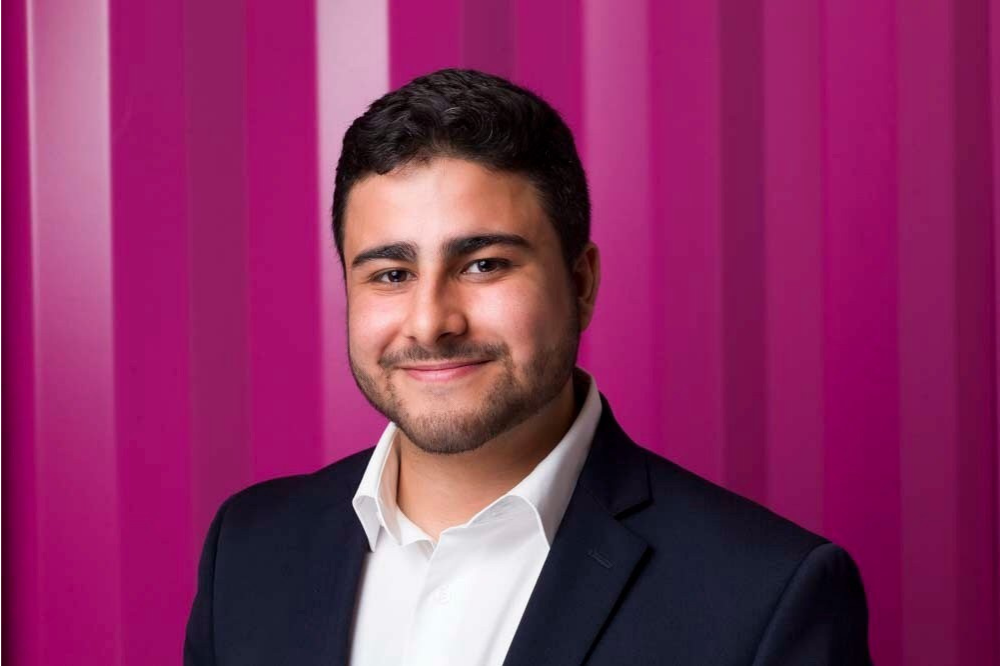 “We had little money, but we had each other,” says Milad.

Years later, he graduated top of his class, led projects at a global consulting firm, and founded several successful startups.

Founded in 2016 by Masiullah Stanikzai, Click.af provides Afghans access to a domestic online market. The site started shipping globally in 2020 to connect local designers to a more extensive base of consumers worldwide. 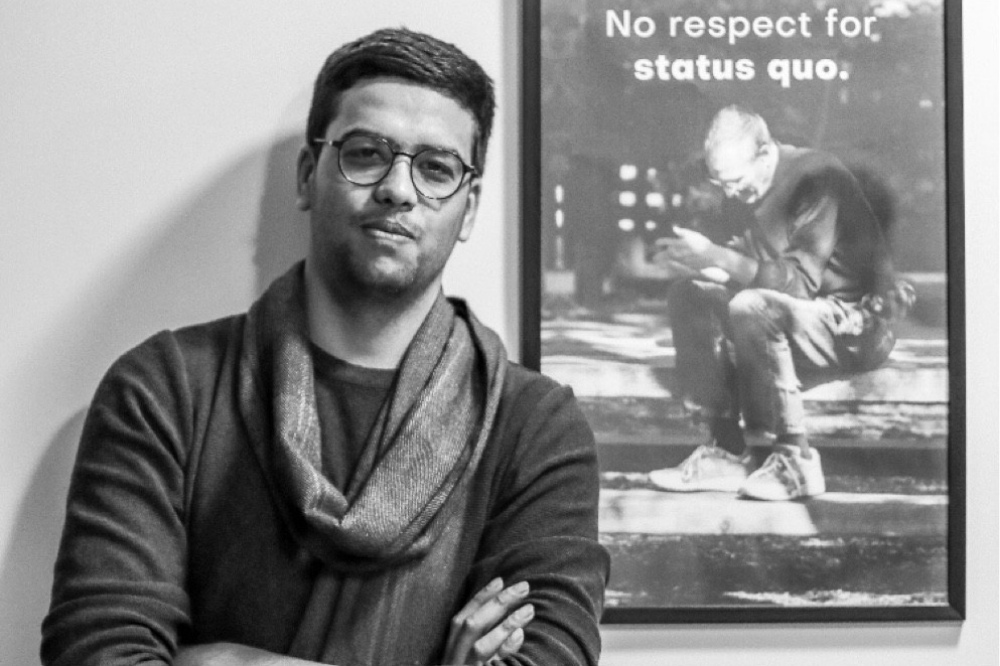 Click.af inspires young women to be entrepreneurs. So far, it has enabled 45 Afghan women entrepreneurs to launch their own small businesses. One of these women is 25-year-old Maryam Yousuf, who launched Machum. Her fashion line focuses on designing clothes that fuse Western style with traditional Afghan designs.

Yousufi’s dream was to see her products reach global markets, and through Click.af, she could receive a credit to start a business.

(see our podcast interview for the story)

He was born in Kabul, Afghanistan, and raised in Eindhoven, the Netherlands. Yama is currently in Paris, where he runs his startup while lecturing at an MBA school. After working on developing help in Kosovo, DR Congo, and Afghanistan, he founded SensAi. It is an intelligent punching bag made from car tires to provide affordable mental and physical resilience training. 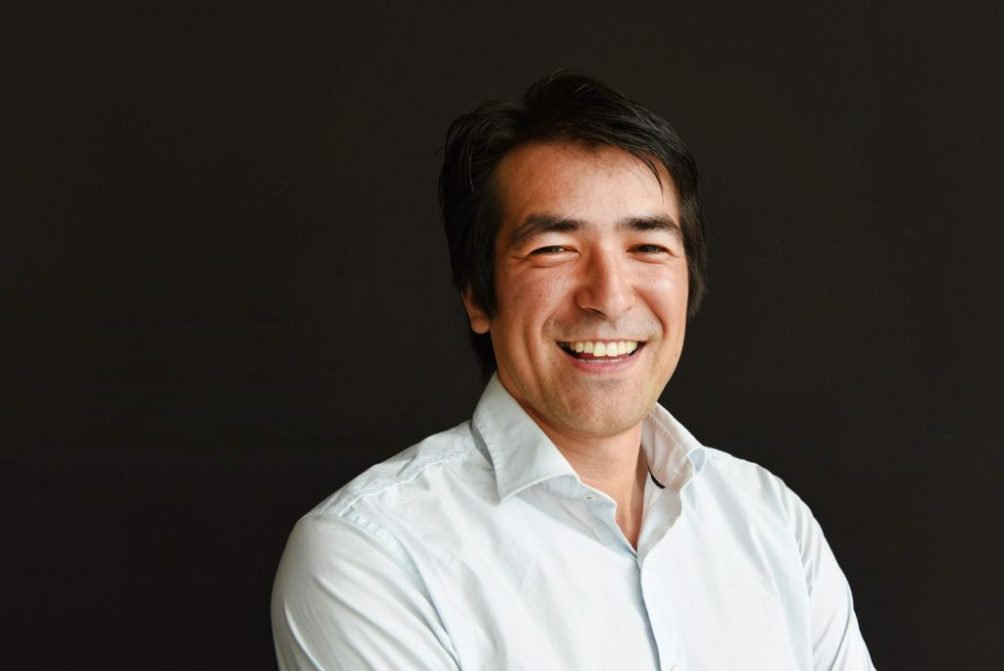 He had been working in the tech innovation space and heard many conversations about the impact of climate change. Noticing a lot of used tyres lying around, he developed the idea of using these tyres as punching bags for boxing. He wanted to teach his cousins in Afghanistan from wherever he was. And so he developed the technology required to enable that.

Recently, Yama was a fellow with Included VC. His experience inspired him to set up Finally VC, a fund to invest in migrant talents.

Hamed Ahmadi has arrived in Italy from Afghanistan in 2006 to present a documentary at Venice Film Festival. However, as the situation back home worsened, Ahmadi sought asylum in Italy and moved to a reception centre near Venice. Ahmadi’s last months in the reception centre coincided with an influx of refugee minors to Italy. Venice’s city council invited Ahmadi to act as a linguistic and cultural mediator. 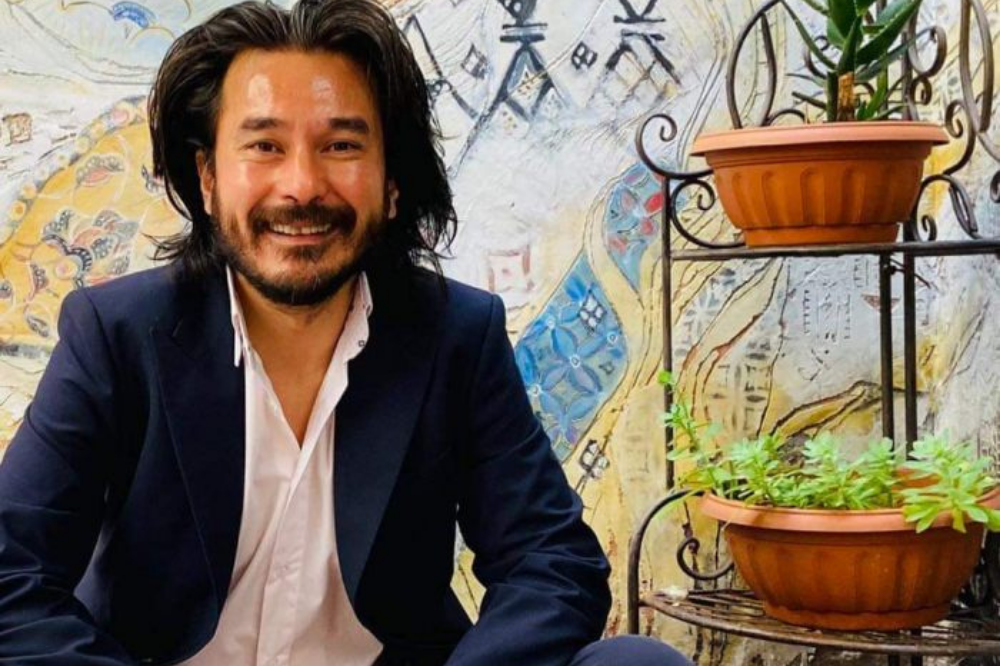 He came up with the idea of a menu that reflected the story of everyone and their journey to Europe. The recipes they invented during this journey became the basis for the festival’s menu. Resulting in a magnificent cornucopia of creative dishes.

Soon, Ahmadi and his menu were being requested for other festivals, and he founded Orient Experience. The restaurant started as a takeaway joint and soon became popular with locals. For Ahmadi, Orient Experience is just the beginning of a potentially Europe-wide project. He aims to employ migrants and raise awareness about their dangerous journeys.