Opening the Summit, Palestinian-Canadian Author and public speaker Chaker Khazaal delivered what could be the world’s first silent keynote speech, texting the audience through his mobile phone.

There was silence. There was shock. The audience entered a confusing state of silence, only interrupted by the quiet murmur of their fingertips typing questions on his Facebook wall, which was mirrored in the screen above.

Chaker Khazaal, the Palestinian-Canadian author of the “Confessions of a War Child” trilogy, stood on stage, with a duct tape in his mouth, only looking at his phone, delivering his speech only by answering people’s messages on his phone screen.

The best-selling author delivered what could be the world’s first silent keynote speech during the Startups Without Borders summit at the American University of Cairo, wordlessly communicating with the room on a big-screen projection of his iPhone using WhatsApp and Facebook, while the audience was invited to interact with him through photo comments on his official Facebook page.

Hundreds of questions poured in, with silence filling in the room where almost a thousand people were in attendance. The biggest question of the night, however, was why the keynote speaker had opted to give his presentation using texts and emojis rather than voice and expression. Khazaal waited until the speech’s conclusion to rip the duct tape off and provide clarity. 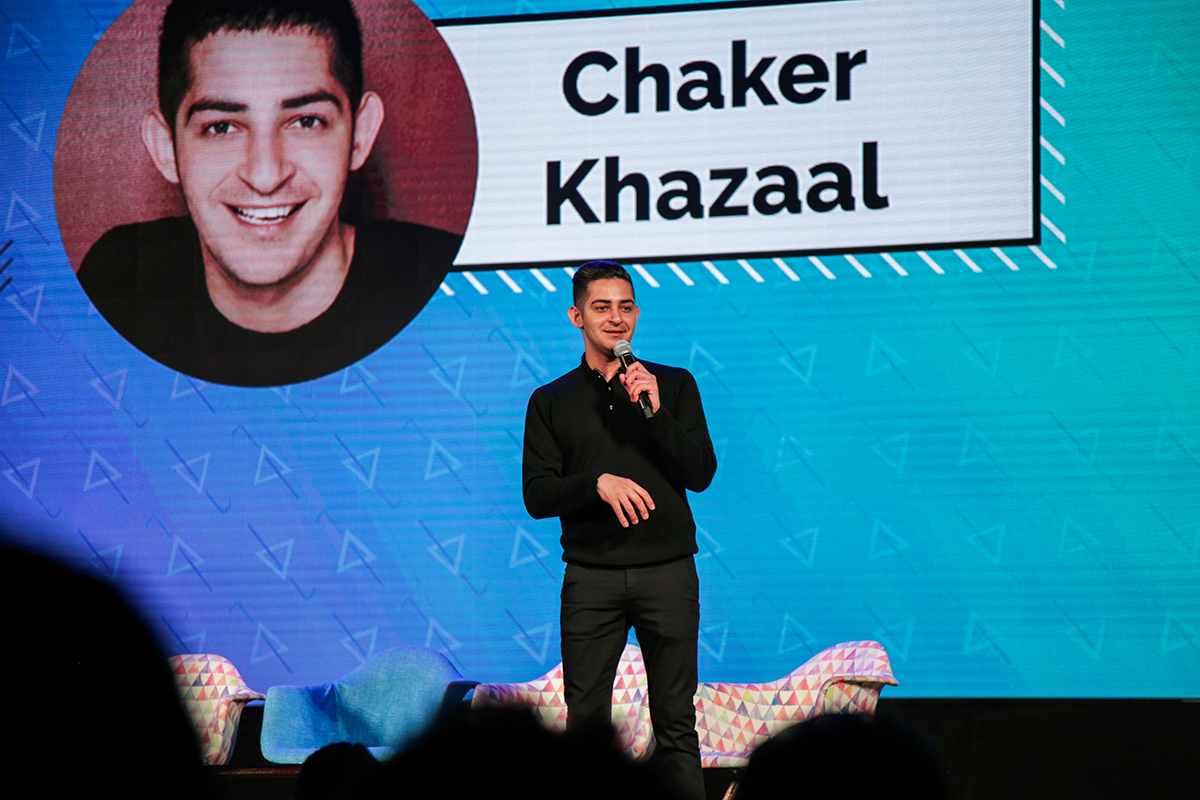 “While we are a lucky generation to have access to all this cool stuff and communication gadgets, human interaction remains to be a vital element of communication,” Khazaal said. “And while our generation embraces the technology we are creating and using, we should not forget the human element needed for any entrepreneur, artist, etcetera. To talk, to feel, to be present.”

He also spoke about his journey from growing up in a Palestinian refugee camp in Lebanon, to becoming a Canadian citizen and an award-winning author. Other questions asked during the presentation were focused on advice for prospective writers hoping to get their own writing published. 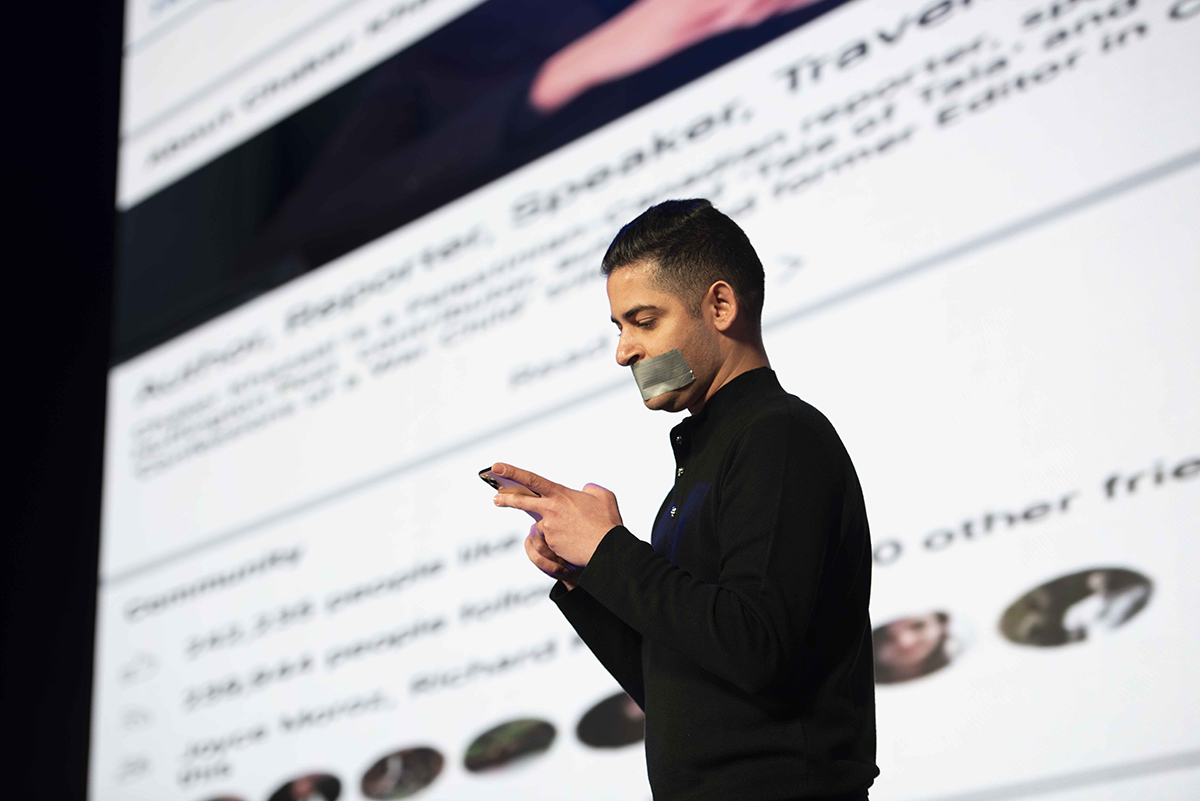 Khazaal has published four books, including the Confessions of a War Child trilogy and best-selling novel Tale of Tala, the latter of which is about a Palestinian prostitute in Slovenia. He’s currently authoring his fifth novel, Life Dice, which will be an interactive book with various endings based on the reader’s roll of the dice. The interactive story-app is being developed by the Numbase Group  and is set to be released in the summer of 2020.

Although Khazaal has been an active public figure for years, this is the first time he’s he’s given a presentation of this variety. He’s appeared worldwide to speak at various esteemed venues, including the United Nations. His talks are often focused on issues related to youth empowerment, refugees, and entrepreneurship.