Inside a packed auditorium in Rome’s MAXXi Museum, we get to meet the changemakers behind Arian Teleheal, Mygrants, and Re-future Project.

It was a packed room at Rome’s MAXXi museum last September at TEDx Roma Salon as “Porous Borders,” a relay series of talks held in five cities geared up to begin. Outside, right at the entrance of the majestic white building, a suggestive art installation displays an old wooden ship towing a modern car in a fishing net. The sea and the journey, a popular focus theme these days.

Through TEDx talks held in Genova, Reggio Emilia, Leicester and Munich, the event sparked provocative thoughts amongst the audience. In focus, the stories of those who work at the forefront of what many call the “megatrend” of the century: migration. Refugees, humanitarian workers, entrepreneurs, filmmakers and volunteers, who took to the stage to give viewers a 360º account of the phenomenon.

Amongst the speakers, three innovative experiences left the audience open-mouthed. The founders of Arian Teleheal, Mygrants, and Re-future Project may not have much in common; they come from three radically different backgrounds, both geographically and professionally. But their accounts are all as gripping as tear-dropping.

On stage, standing on the iconic red circle, is Dr Waheed Arian, an Afghan refugee turned award-winning social entrepreneur for his social media-based healthcare charity Arian Teleheal. “I founded Arian Teleheal so that people in terrible conditions around the world could benefit from world-class healthcare through using everyday technology,” explained the physician, who was recently awarded the 2018 Rotary International Peace Award. 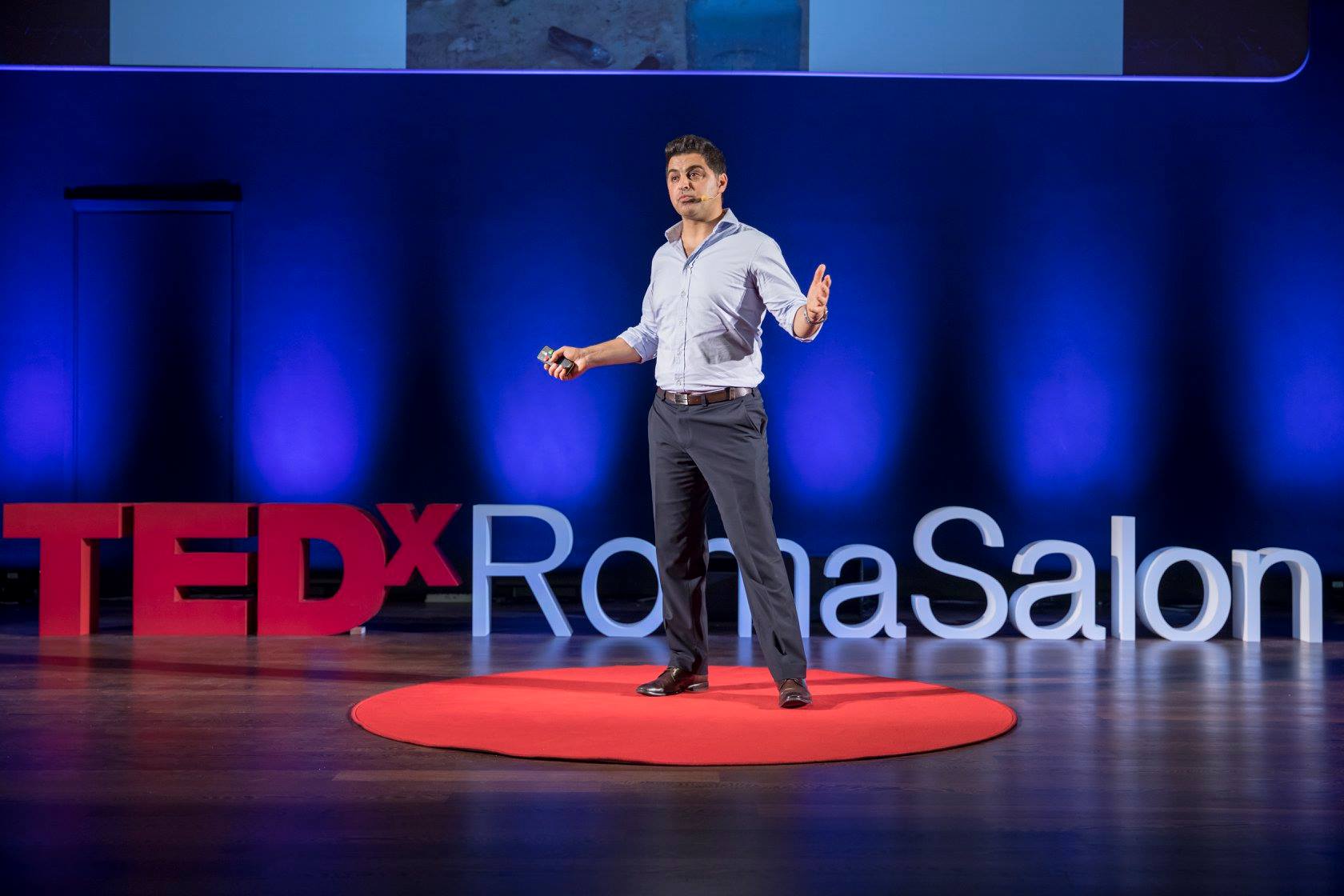 His organisation uses volunteer doctors from the UK  and the US to advise colleagues in war zones using encrypted social media.

Having fled his home-country at 15, Arian arrived to the UK as a refugee, earning a place at Cambridge University to study medicine. Having graduating with awards from Harvard and Imperial, he was working as a doctor at Aintree University Hospital in Liverpool, when the idea of  Arian Teleheal was born.

“We are also bringing communities together who would otherwise never meet – an off-duty doctor using her smartphone in her own flat to help save the life of a young boy in Kabul.”

“By doing this, we are also bringing communities together who would otherwise never meet – an off-duty doctor using her smartphone in her own flat to help save the life of a young boy in Kabul. They’ll never meet, but his parents know how she has helped, building a connection between these communities which will last forever,” said Arian.

“Leaving my parents house without economic resources forced me to learn how to do more with less, and how to turn adversity into a huge opportunity. I was broke, obviously, I had many personal problems during my journey, but I worked hard to go to university,” said Chris Richmond N’zi as he began his speech.

Born in Ivory Coast, Richmond N’zi left his home country and headed off to Europe, where he graduated in International Rights and Diplomacy in Switzerland. “I fell in love with macroeconomics and geopolitics. So after my graduation, I applied to work for one of the biggest banks ever. I also applied to work for the most interest countries in the world: the European Union.”

LIVE from TEDxRoma: “Porous Borders,” with the story of Mygrants.

Posted by Startups Without Borders on Saturday, September 15, 2018

As senior Strategic Analyst and senior Commissioner at Frontex, his expertise was the monitoring of influencing factors in the migration flows toward the European external borders. It was that intersection between the data he managed and the reality around him that inspired him to take action.

“Globally, immigrants represent 3% of the world’s population and produce more than 9% of the global GDP.”

“My my job at the European Commission was the monitoring of several factors to anticipate the potential people leaving their country of origins towards the borders of the European Union. In the same year, 2010, we had the so-called “Arab Spring” and since then, immigration has become the mega trend of our time.”

“But the debate focused too much on the distinction between refugees and economic immigrants, forgetting that globally, immigrants represent 3% of the world’s population and produce more than 9% of the global GDP,” he continued.

Today, Richmond heads Mygrants, an educational app he created for refugees and asylum seekers in Italy, which grew to become the most widely used in the country, boasting of over 44.000 users in the country. The app focuses on micro-learning, delivering knowledge through quizzes which give training, and new skills, while also screening the skills and background of each person. In addition, his startup has matched 700 talents with companies with the need to grow and innovate. 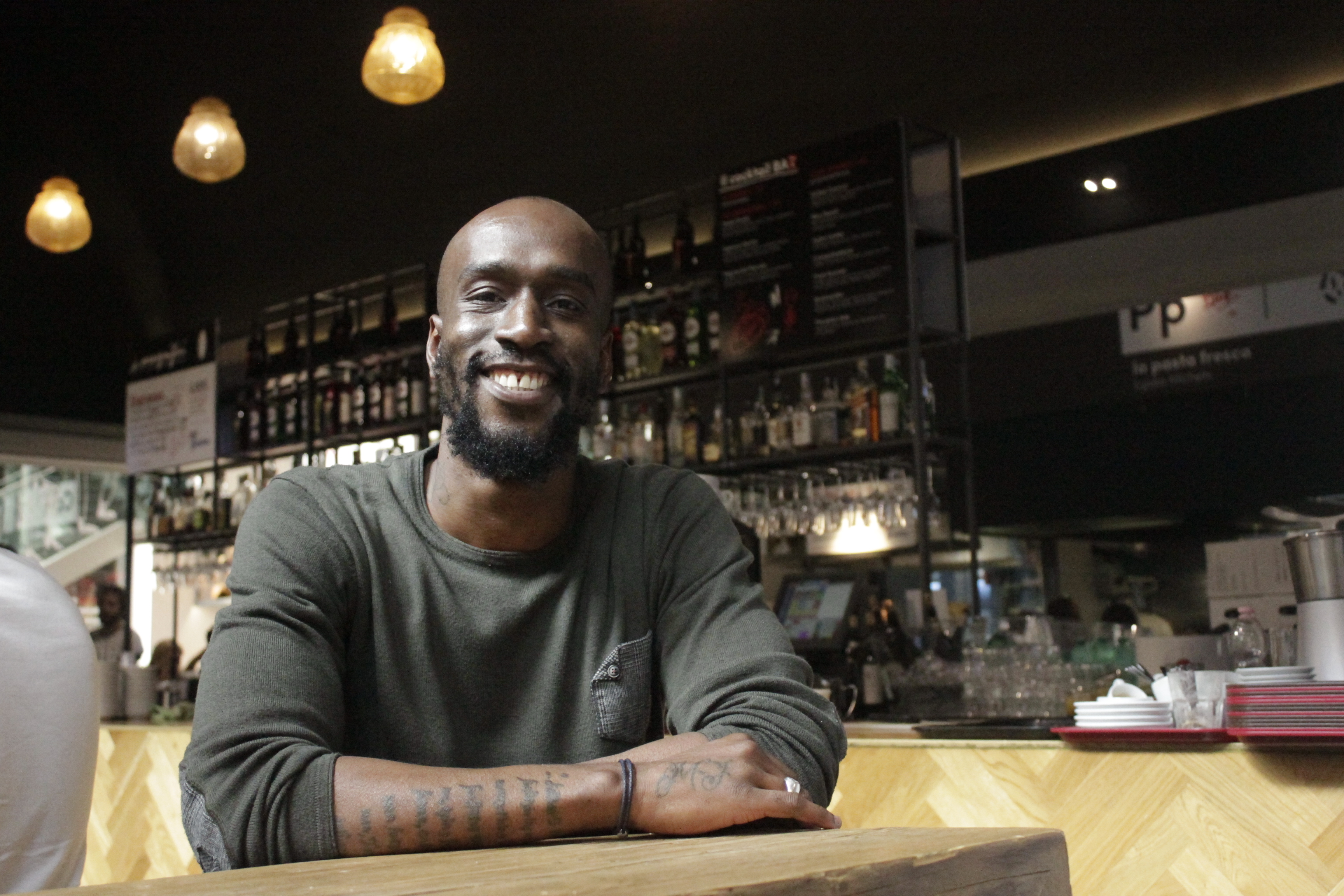 “The energy immigrants bring to their host communities is a key reason why the American economy has been the greatest engine of innovation in history.”

“We have to recognise that the energy immigrants bring to their host communities is a key reason why the American economy has been the greatest engine of innovation in history,” he explained, citing Steve Jobs as an example.

“Immigrants leave everything that is familiar and choose a journey to the unknown to start a new life, are necessarily endowed with drive, creativity, determination, and just plain guts. But too often, their are distrusted in the country of arrival,” he asserted.

Confronted with anti-immigrant sentiment, he says, immigration needs to be properly managed to better serve the host communities. “Immigrants represent a potential for the creation of jobs. Already 7% of residents in the European Union were born outside their country of residence, which is more than 2 million people. Plus, 47% of them were born outside the EU.”

“It is time to wake up, people,” he stressed. “It is time to give an answer to 258 million people residing outside their country of birth. It is time to turn immigration into a huge opportunity, not just for immigrants, but for the whole community.”

3. Camilla Paternò, the filmmaker who let migrants tell their own story

While Arian and Richmond N’zi’s stories provided a testament of the talent and innovative spirit of migrants and refugees, Camilla Paternò’s account posed an indeleble question: what if we opened up a space for them to become the storytellers, the filmmakers who create the narratives we consume? 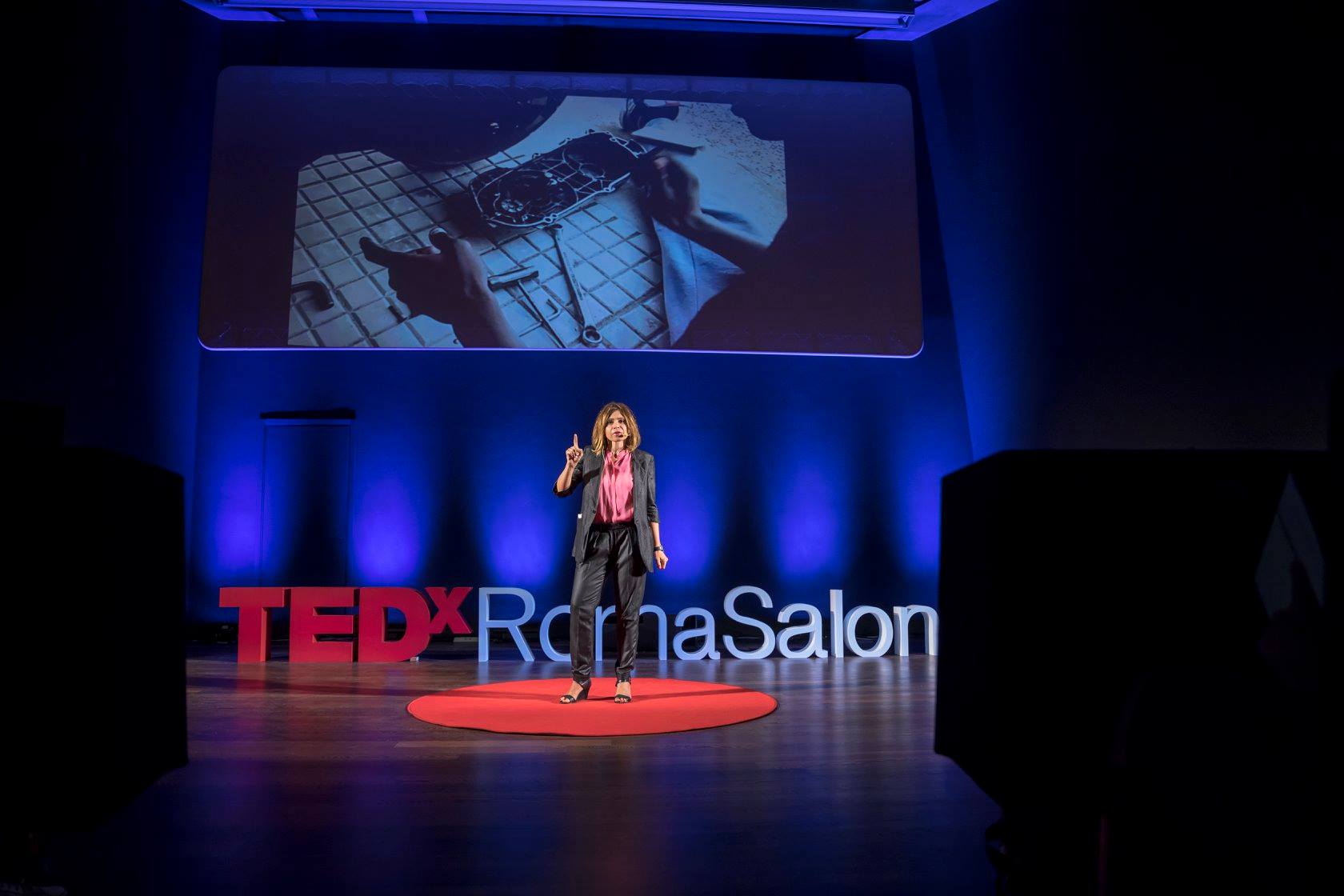 That’s the vision behind Paternò’s project “Re:Future,” a project she unexpectedly found herself involved in – and now cannot stop thinking about. Born in Italy, Paternò had always been interested in telling stories – writing for television, directing documentaries and producing projects on social and contemporary issues.

Having lived in the USA for many years, having completed a Master in Fine Arts at Columbia University, she returned to her home country in 2010, where she worked as a screenwriter for successful Italian television series.

But in 2017, she was invited to participate in a project that would later earn her the creative Europe and Refugee integration grant. Her initiative, Re-future Project, is a visual storytelling workshop in Sicily that taught refugee minors how to observe their new reality through the simplest tool at their disposal – a smartphone.

Paternò went on to create Tumaranké, a documentary shot by the young refugees and that came out of this experience, which she was story editor and producer of.