Ahmad Sufian Bayram, a Syrian Social Entrepreneur who is one of the mindmasters of the Startup Roadshow and the Regional Manager of Techstars in the Middle East, was just been awarded the Mentor Arab Youth Entrepreneur Award in its second round, for presenting a number of platforms for entrepreneurship and economic empowerment for Syrian youth.

The honoring came during a dinner hosted by Mentor Arabia in the presence of Mentor World President, Her Majesty Queen Silvia of Sweden, and many other prominent political, diplomatic, media and social figures.

“The key to the success of startups is the supportive environment, not the genius of the idea,” he said in his speech to the audience as he was presented with the award, and discussed how to support the Syrian youth, through his own experience, which began in Damascus in 2010 with his first project, Joe Makers, who later stopped because of the ongoing war in Syria. After nine years of entrepreneurial experience. During the ceremony, Perm called on everyone to support all entrepreneurs to realize their ambitions. 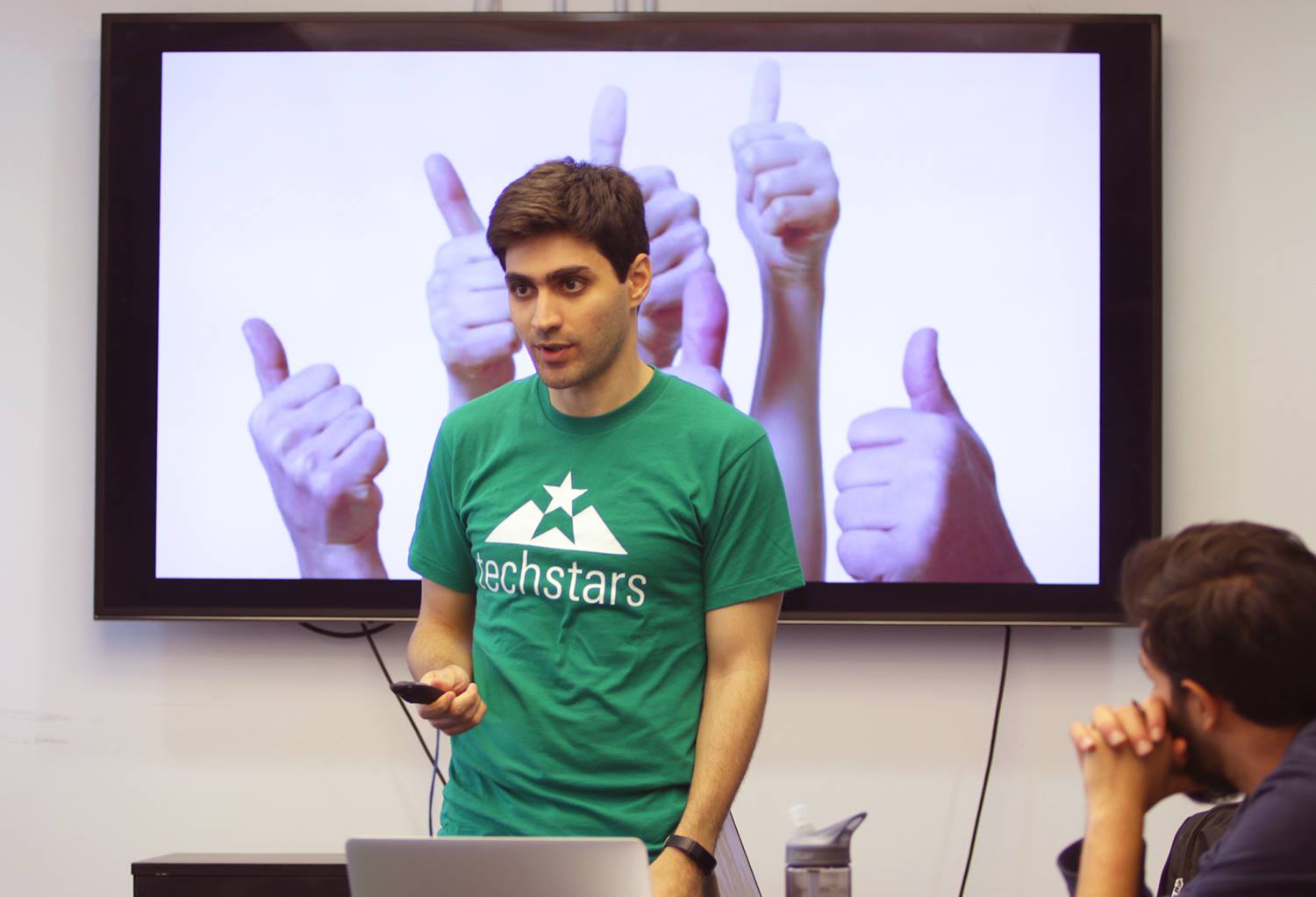 “The key to the success of startups is the supportive environment, not the genius of the idea.”

Ahmad began his entrepreneurial  journey in 2010, when he and a group of his friends started a company for customizing gifts in Syria, called “Joy Makers”. As the country plunged into armed conflict, they had to shut down the business, but Ahmad never stopped pursuing his passion, and started to think of ways that can help create a supportive ecosystem for Syrian entrepreneurs during this very difficult time.

Mentor Arabia, based in Beirut, is a branch of Mentor International, a non-profit organization registered in Switzerland and headquartered in Stockholm.

Listen on Ahmad Sufian Bayram’s story and his advice for entrepreneurs on the Startups Without Borders Podcast here.