Having grown up in war-torn Gaza, Majd Mashrawi came up with an incredible idea: to rebuild damaged buildings using bricks made of ash and rubble. Her second startup SunBox, fights the energy crisis in Gaza with an affordable solar power system. In Episode 25 of the podcast, Majd shares the odyssey she went through while building a business in the world’s largest open-air prison.

What comes to mind every time you hear the word freedom? For Majd Mashrawi, it’s a word that has dominated her entire life. “People in Gaza don’t control their own life; they have no rights,” she says, narrating the excruciating realities of living in the world’s largest open-air prison.

A change agent from a very young age, Majd came up with an incredible idea: to to rebuild buildings damaged by war, creating environmentally friendly bricks from ash and rubble. But the restless entrepreneur didn’t stop there, and years later created her second startup, SunBox, an affordable solar power system that aims to alleviate Gaza’s energy crisis.

In an inspiring conversation, Majd shares the odysseys she went through in her attempt to build a business in the world’s largest open-air prison. Gear up to get inspired beyond belief.

The Gaza strip has since 2006 been under blockade, with minimal freedom for the communities living there. “If you live in Gaza, or if you’re born in Gaza, it means you can’t leave the country unless you obtain four different permits, and you cannot even apply for these permits. It’s almost impossible to get all of these permits at the same time,” Majd explains.

As a young girl, Majd craved to live freely and visit many countries. But her parents didn’t seem to think it was possible to leave Gaza and travel; it was like a dream that would never come true. “I wanted to be free since I was a kid. I remember during the age of 14, 13, I was watching a cartoon and I saw planes and airports, ten countries. And I said, ‘dad, I wanted to visit these countries, and he said, forget about this idea. You will never be able to leave because we are blocked,’ which drove me to think of what I can do to travel? What can I do to meet people? How can I help myself and my people to have a better life like any other human beings around the world?” Recalls Majd.

“I don’t know how, I don’t know why, but I know when; it’s now.” This is the kind of conviction and motivation Majd felt after the war. So many people, including herself, were homeless, with no hope of where to begin. The idea of people sleeping out in the cold drove her to start building bricks from rubbles and ashes. “I thought: we can take the Ash; we can take the demolished houses and build a new hope for these people who lost their houses.” This initiative was viable, and they saw thousands of people being able to rebuild their houses with the building blocks.

“I tried to leave Gaza since 2011, and the first time I left Gaza was 2017.” Majd had to endure this mental torture, seeing her dream blossoming into reality only to be cut short by her community’s circumstances. This was her life from 2011 to 2017, from winning scholarships, to being nominated for awards that she wasn’t able to receive.

“I got several scholarships; I was the first student who was awarded the exchange scholarship from the technical university of Berlin. And in 2016, I said, I guess this is my destiny; I will never be able to leave this country.”

This is the situation for most people in war-torn countries; opportunities and time fly away, and you’ll not be in control of any. This is how Majd felt like she was destined to live. But as the saying goes, “it is always darkest before dawn.” 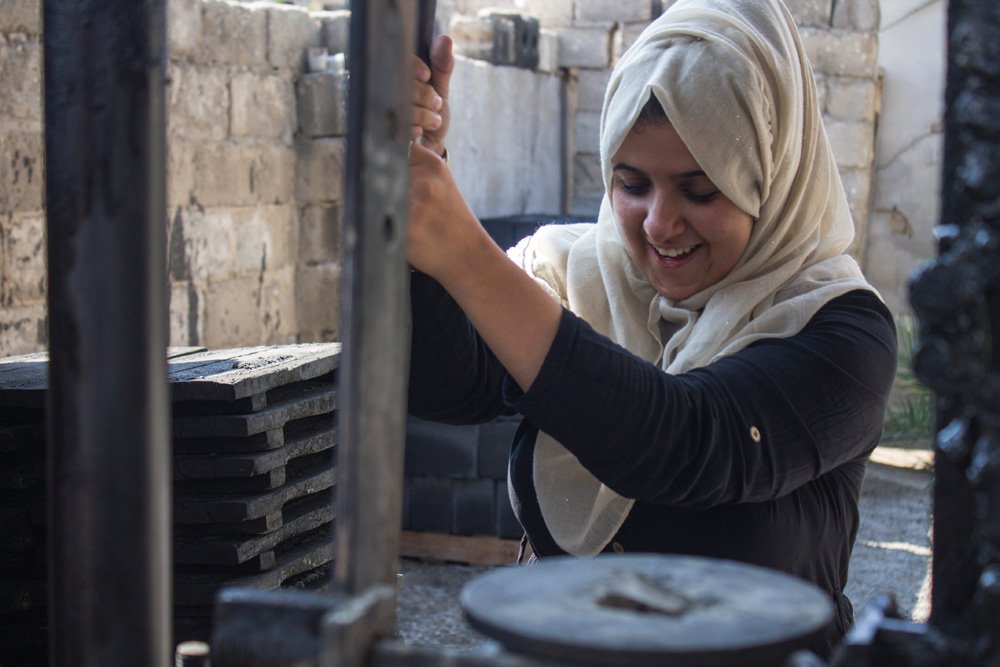 “And then a group of Japanese entrepreneurs came to Gaza, and implemented a challenge called Japan Gaza innovation challenge.” This opportunity presented a gleam of hope to her and the Gaza community.  She was able to attend a two-day boot camp, interact with people from different communities. Her zeal and inspiration were further strengthened by a professor who believed in her. “Until I met the professor called Yunikra, he said Majd you are a power of nature, I believe in you. And when I heard this, I knew that the sky is not the limit and I should keep moving.”

Leaving Gaza for the first time

In 2017, she got a call from the United Nations with the news of having secured three permits for her.  This news was so intriguing she couldn’t even afford to use a taxi to the United Nations Office. “When the U.N. office called me, and they said, Majd, we got your permit. I was super excited. I left everything. And I went there walking. I didn’t even take a taxi.”

Imagine watching planes on the T.V ever since you are a little girl or boy. And here you’re an opportunity has presented itself for you, a prisoner, to fly on one and leave your country to visit a more developed country. What is that feeling you expect? What will the inner child in you do? That’s the exact feeling Majd had when she first boarded the flight.

Landing in Japan, the first thing that struck her was the amount of lights. You see, when you’re used to living in a city or a country where there is electricity rationing, you will be surprised if you land where the streets are well lit. Majd narrates her experiences, surprise, excitement, and the envy she got after they landed in Japan. “And I said if these guys have a lot of electricity, why won’t they give us one line of these lines so that we can get the electricity to my country as well. The streets, for me, they were shining. it’s like daylight for us.” And that’s how the shining city inspired her second business idea, SunBox.

“I want to bring light to Gaza”

Majd is a rare gem; after getting the opportunity to leave the open-air prison, she did not forget the 2.1 Million she left behind. And her community was confused with her, constantly asking why she comes back to that kind of life. “I went back to Gaza, and people asked why am I crazy enough to come back. You leave the prison; you want to come back that makes no sense to us.” 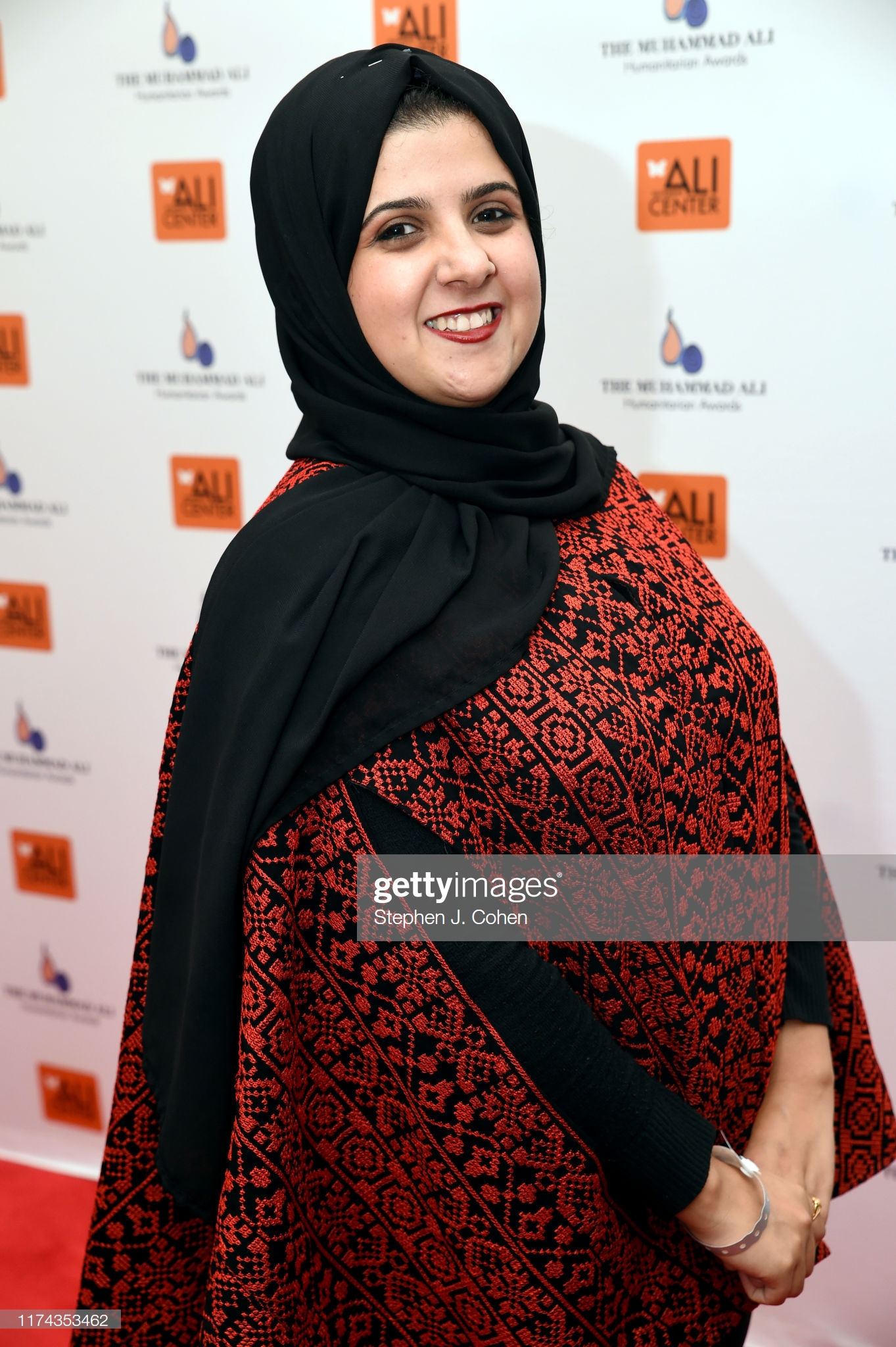 “But we should create a higher bar for ourselves and our people; if we don’t do that, no one will do so.” Majd narrates. To achieve her dreams and her ambitions, she knew she had to further her education.

In 2017, she decided to go back to the United States and study business in a US fellowship. Attending the fellowship and the university was the light for Majd second company SunBox. The university gave her the challenge to develop an idea that will help solve a Gaza community problem and invest in a new idea. “The university and the program that I was part of said they would invest in a new idea. Because the Green Cake is already running, they wanted me to solve a new challenge in my community.”

Energy was the first thing that came to mind. Through the program, she started SunBox, which many investors later supported. “We raised a lot of investments from recognized and generous donors and investors who believed in the idea as an idea; we had no company yet”, Majd recalls. With a simple proposal and no structure, but the drive, passion and zeal of saving and lighting Gaza gave the SunBox idea immense support. “And we said, we want to save Gaza, we want to bring light to Gaza.”

“We raised a lot of investments of up to $300,000”, Majd recalls. With no proper structure and stringent measures in Gaza, the project took a whole year before being launched officially. “It took us around a year to launch the first pilot, and it was unsuccessful”, Majd recalls.

So many people would have given up after encountering these obstacles. But Majd was relentless and did not let this deter her. Together with her team, they opted to redo the project again. today, it’s been four years since they started to operate and they have seen its impact on the community. “And now, after almost four years of operations, we’ve achieved a great impact providing over 35,000 people with electricity; we also work in the water sector, providing solar energy to desalination plants. Ten thousand people are using a hundred thousand litres of clean water produced through our solar systems. And we’ve also worked in education.”

“It’s not my journey. It’s the journey of my people.”

“People keep me on fire all the time,” Majd says. Having gone through plently of obstacles, she believes people are her greatest motivation; the hope that she brings to her community, the gratitude messages that she gets from her community contribute to the fire she got. “When I receive messages from people saying ‘I can’t imagine my life before having the solar system,’ when we worked specifically in the health sector and providing disabled children with electricity to run the nebulizers, electrical mattresses and other medical devices. And this woman tells me instead of walking two hours a day to the closest clinic, so I can run this medical device, getting to my child, now I do it at home.’ This gives me a lot of hope and a lot of energy to continue this journey. It’s not my journey. It’s the journey of my people.”

“It doesn’t matter how much trouble you have inside your country. It’s the only country where you feel dignity,” Majd says. It’s not easy to survive or be dignified away from home. You always have to have your travel documents and personal documentation in case anything goes wrong. “And the only place where I smile from the bottom of my heart is Gaza,” she says. Having gone  believes that you can always be free no matter what situation you’re in. “I figured out that freedom is not a physical thing. It’s a mental thing; it’s a psychological state of mind.”

“I figured out that freedom is not a physical thing. It’s a mental thing; it’s a psychological state of mind.”

Narrating Palestinian’ challenges, her greatest motivation is securing the best for them and encouraging and pushing on so that the people from her community get equal opportunities to travel and see the world. To obtain a work permit, get exposed to the fantastic opportunities that the world has to offer. Additionally, she encourages the Palestinians to never give up, to soldier on and keep the faith that they can reach their destination one day.

“We should appreciate everything we have; we shouldn’t give up. We should keep trying, believe me, one day you will arrive. If it’s not today, it will be tomorrow; if it’s not tomorrow, it’s the day after.”