“Learning is key – not only for refugee entrepreneurs but also for us,” says Facebook’s Vice President in the Middle East, Africa, and Turkey Ari Kesisoglu.

“We’re here to give hope. There are 3 groups of people that matter: SMEs, entrepreneurs and women. When these three groups success, countries do better,” said Ari Kesisoglu, Vice President for Middle East, Africa and Turkey of Facebook as their restless TechWeek took off last week in Beirut.

The social media giant landed in the Lebanese capital to bring their #SheMeansBusiness training for female entrepreneurs, as well as to gather the local Developer Circle Leads.“I’ve been based in Dubai for 8 years and I’ve always had amazing talents from Lebanon,” he says, explaining the choice of the Levantine country. 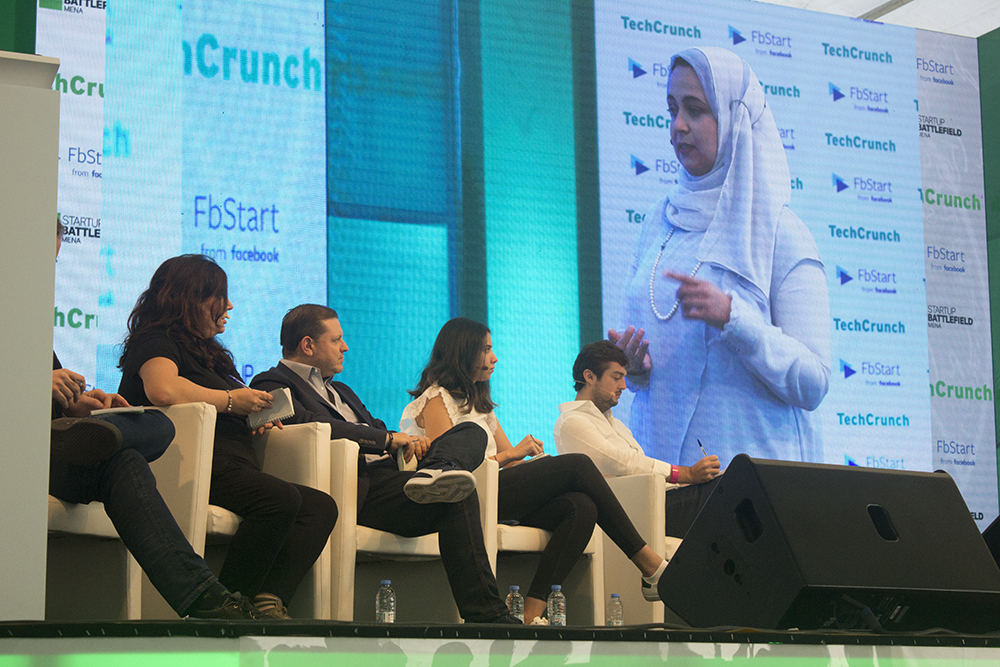 The capital of a vibrant country that hosts the greatest number of refugees per capital in the world – nearly 25% of its population – Beirut was not only host to the tech giant’s Tech Week, but also TechCrunch’s Startup Battlefield, which took place at the heart of the city’s tech valley, Beirut Digital District.

Today, thousands of migrant entrepreneurs in the Middle East are using social media to sell their products and kick off their businesses, from organic skincare products, to educational courses and fashion. In an exclusive interview, we ask Kesisoglu on the most effective techniques, the rise of Instagram, and his advice for migrant entrepreneurs.

I think it’s a fact. Facebook is like 15 years old now and Instagram is less than that, so we can say that it’s a fact, but this is that how the curve goes; a product finds its use, and what we see in our data is that while people say “we are not on Facebook,” reality is actually a little different; that’s not what we see in our data. It’s hard to judge a qualitative feedback, but sometimes because you are not posting on Facebook; you start saying “I am not using Facebook anymore.” I mean people in Saudi are using it, but they’re using Instagram or other platforms more. When you think about Facebook’s numbers, there’s about 2.2 billion people using it on a monthly rate – and a quick reminder that the world’s population is 7 billion so 2.2 is a good percentage. So when you reach a large number, it’s hard to grow as fast. Instagram continues to grow, but it doesn’t necessarily mean that people are leaving Facebook. Our numbers for the Middle East and Africa show a huge number across the region.

Lebanon-based female entrepreneurs got trained on social media through the #SheMeansBusiness initiative.

In the Middle East, Facebook has a huge role in the job market. What can you tell us about its role in the entrepreneurial world?

There are 3 ways in which Facebook can help you in if you have a small or a big business; the first one is giving you presence, which is your Facebook page or your Instagram page. That’s what you share, what your products are like, what you want people to know. The second one is helping you connect with people through messenger, WhatsApp, on Instagram direct messages. And the third part, which is equally interesting is that Facebook helps you to get to new people that you wouldn’t normally reach through ads or through your friends. Suddenly things that were only available to very large businesses, today its possible, so you just create your product and you can sell it anywhere you want. And if you think about it 10 years ago, you needed to have a web page,  which is really hard for small businesses and you had to use your phones or SMS.

There is another part which is more technical, as we work with developers or with big startups that can use Facebook log in so they don’t have to recall every single information. And also if you have a large company, we have many solutions for you, like CRM. 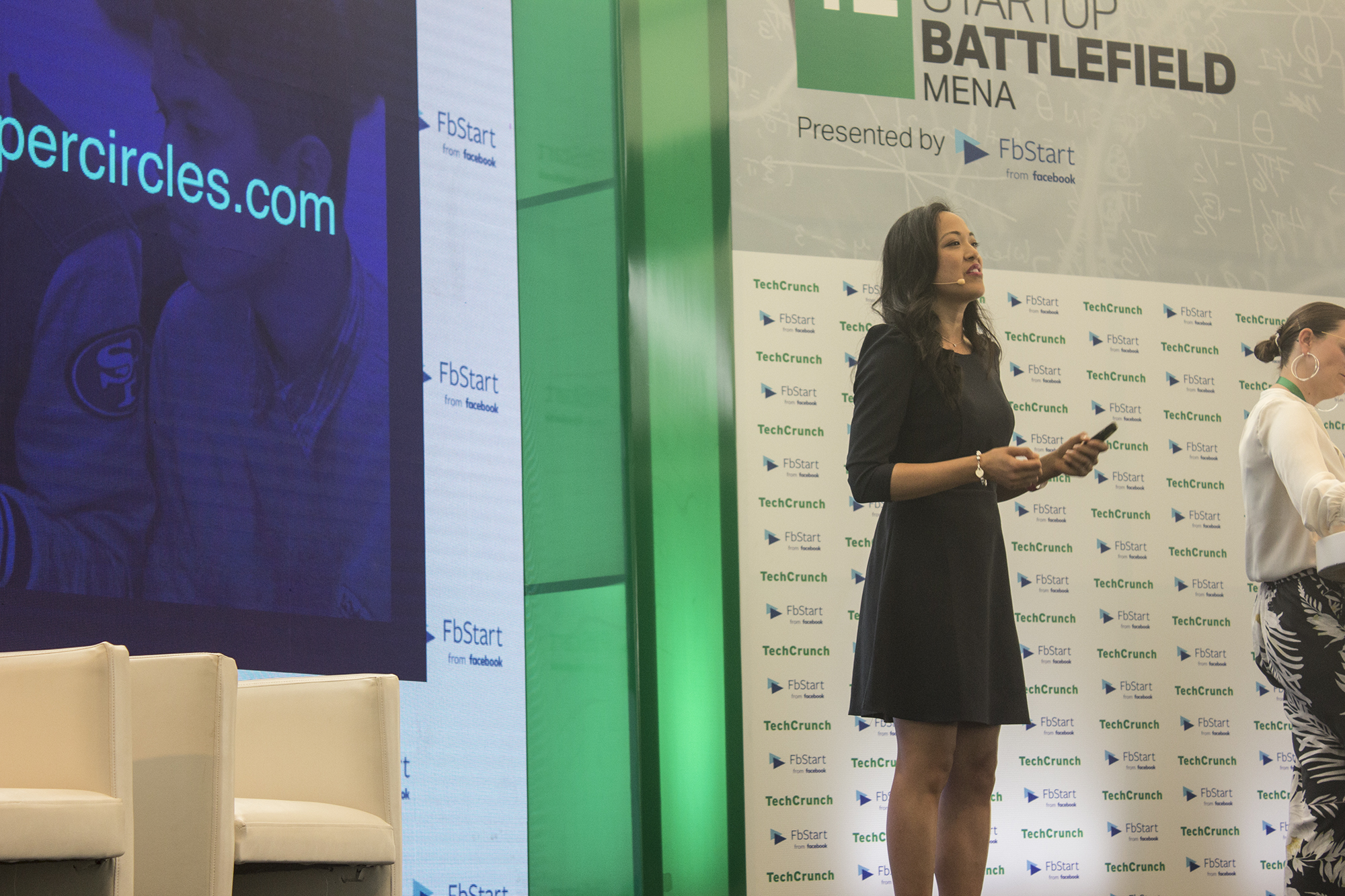 Facebook’s head of the Developer Circles Jennifer Fong took to the stage to explain the possibilities the program offers.

Initiatives like the ones who support entrepreneurship by Facebook. Is it CSR or is it strategy to gain more customers? What is the reason behind this?

That’s the beauty of Facebook’s business model. If we make the internet ecosystem thrive, if we make the SMEs thrive, because our product grows so well with them, Facebook grow with them and they grow with Facebook. We want women to be able to use Facebook, and when entrepreneurs do well, economies do well, when economies do well, because Facebook is integrated in the online economy we also do well. It’s really my passion to know that I can help; that I can see the change when you make initiatives that can change people’s lives, like Syrian refugees who use it to sell their products. If you think about a couple years ago, things like that wouldn’t happen. Is it CSR? Is it only business? No, it’s a two way road and it works well for everyone, in my opinion. 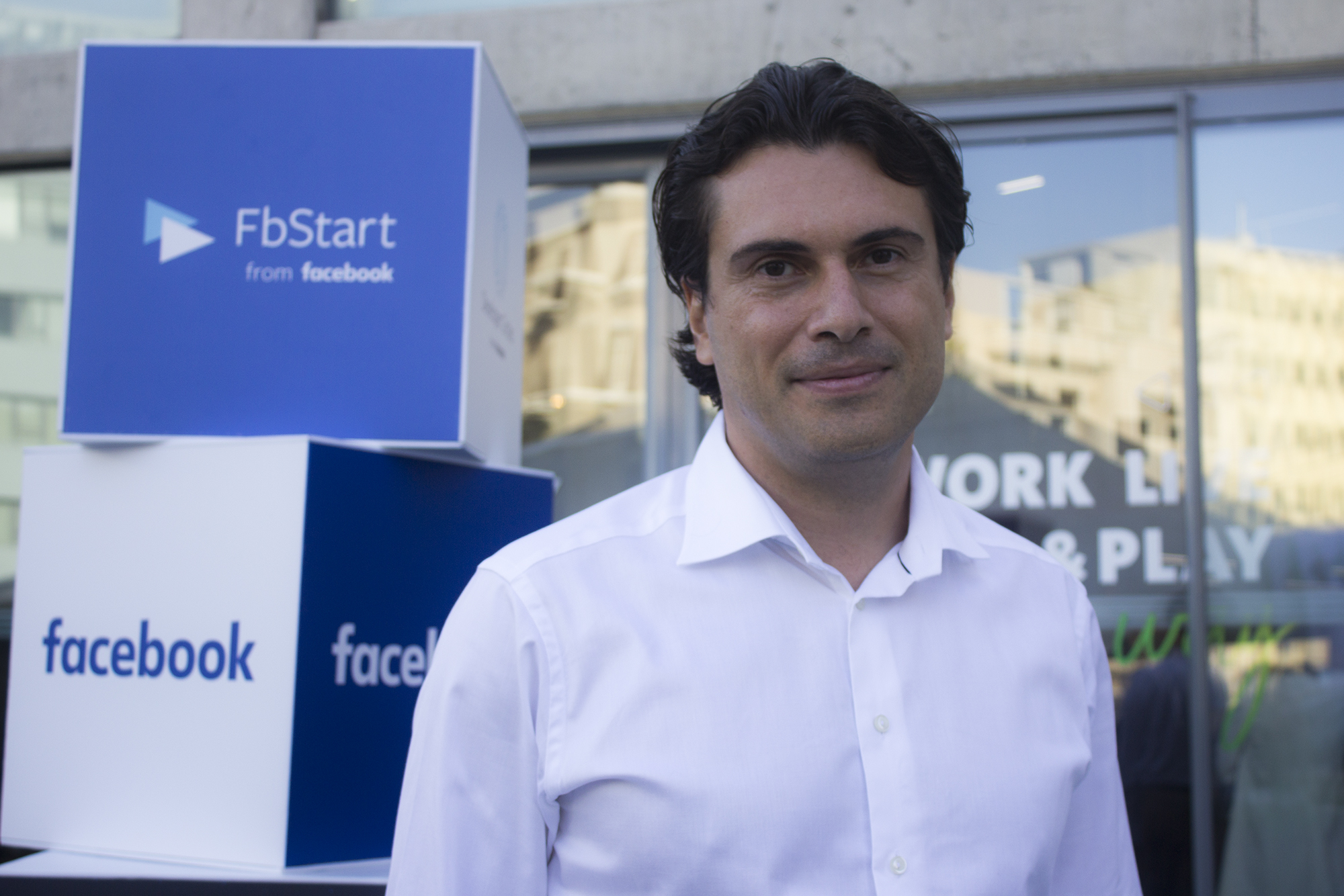 “It’s really my passion to know I can help; that I can see the change when you make initiatives that can change people’s lives,” says Kesisoglu.

How these social media platforms can support entrepreneurs that have a struggle in boosting posts?

We have different programs. First, in an ideal world, you shouldn’t need any extra to be able to reach out people. In my opinion, Facebook gives you the kick-start. Because in Facebook you have friends and friends of friends and you can find support from them. Second, we have different programs for startups like FbStart, that supports the startups we believe in, and we can offer help on a one-to-one basis. Then we also have charity like initiatives, where we give some bonus credits to some startups. But beyond that, we doubt the need from us is to support; we already give the people the voice online. And not only your voice and your presence, but also your ability to reach people and that comes a part of the free package that everyone can use.

Mouhamad Rabah, president of Beirut Digital District, showcased how the dream of a tech hub in Lebanon’s capital war born.

What advice would you give a migrant or refugee entrepreneur to reach more audience and build more markets?

Work hard and have good products; the fundamental propositions for any business is the product. If the product is good, then you are starting from a high base. Second, explore. There are so many resources that Facebook provides for people to learn, like a program called Blueprint where people can learn how to reach others through Facebook. But there will also be many other resources. Learning is key – not only for refugees entrepreneurs but also for us. In the technology world, if you don’t learn then you are late. Third thing is test, test and test, even without the largest clients. Because sometimes we try something and we see that it doesn’t work; we try something else that works amazingly well. And suddenly you take the business from a 4-people startup to a global business.