The Startup Roadshow Kicked Off: Meet the 20 Startups Competing in Beirut

The Startup Roadshow Kicked Off: Meet the 20 Startups Competing in Beirut

The competition for Syrian-led startups in has just started at Beirut Digital District, kicking off a 5-day bootcamp where the 2 top startups in the country will reach the semi-finals.

The world’s first competition for Syrian entrepreneurs in the Middle East, the Startup Roadshow, has just taken off at the heart of Beirut’s innovative space, the Beirut Digital District.

Twenty selected startups led by Syrian entrepreneurs are battling it out for the semi-finals of this competition, which will see 5 different bootcamps and pitching events in Amman, Erbil, Istanbul and Gaziantep, concluding in Amsterdam, where the 3 regional winners will pitch at a global event: the SPARK Ignite conference.

The competition, organized by Jusoor and SPARK in partnership with Startups Without Borders, is running its second edition, and is also incorporating 5 Startup Weekend competitions running in parallel, where entrepreneurs can gather teams and gear up to compete. 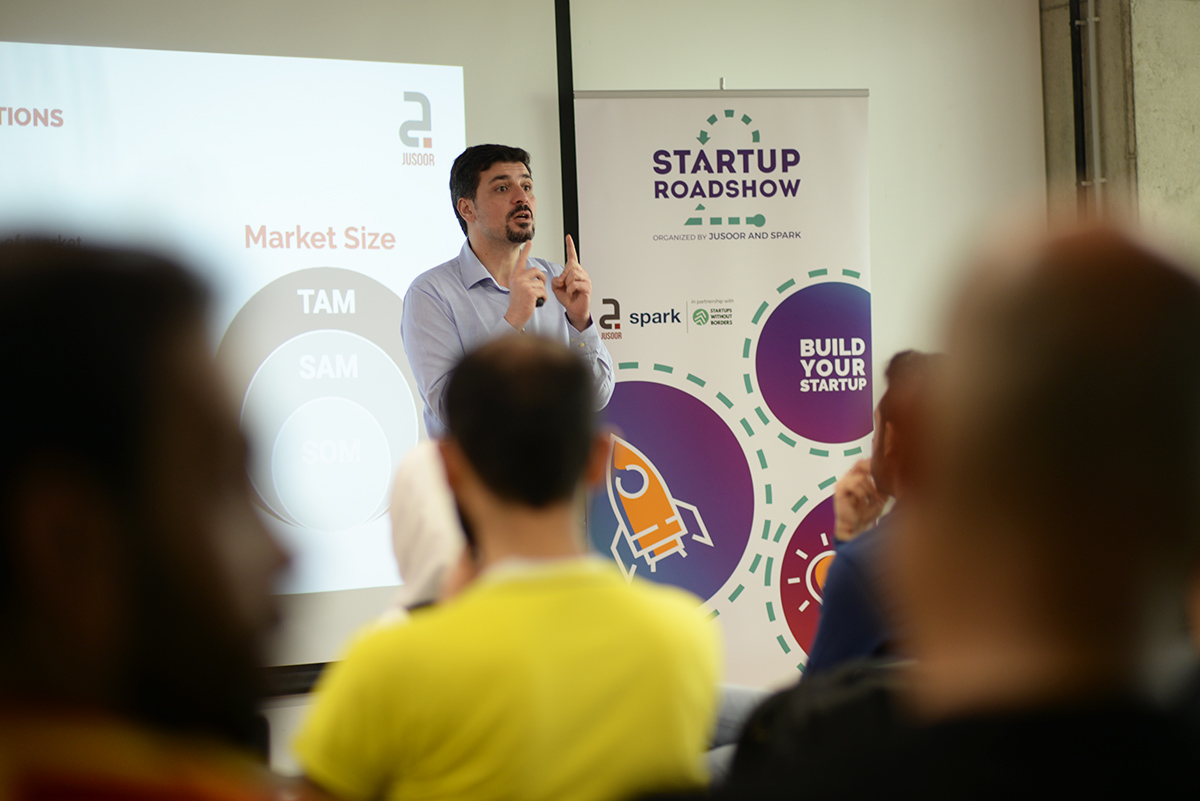 Short-listed startups in Beirut include Click Shipping, an online platform to automate retail operations; Smart Budget, a program that uses artificial intelligence to adjust budgets for projects; and Bazgas, a company that produces biogas units to sell to cattle farms.

Other short-listed startups include:

At the end of the roadshow, two winners will move on to the regional finals, where the top 2 startups in every location will battle it out at the final Demo Day in Amman, for cash prizes of up to $15.000, while the second and third place winners will receive $10.000 and $7.000 respectively.

“We have been overwhelmed by the number of very interesting applications we have received and it has been an incredibly difficult process narrowing them down to select teams to participate in the Roadshow. We are excited to kick off the program in Beirut this week and have very high expectations of the innovative ideas coming from the teams,” says Grace Atkinson, Jusoor’s Executive Director.

“This year was exceptional with the outreach campaign; we’ve reached so many partners and communities, and exceeded the expectations for participants, which means there is a high demand for these kind of programs. As we head to the finals, we are very excited to see the 3 winners. We will witness the birth of a new group of Syrian entrepreneurs and startups, which will have a huge impact in the region,” says Mohammad Skaik, SPARK’s Regional Business Development Manager for the MENA region.